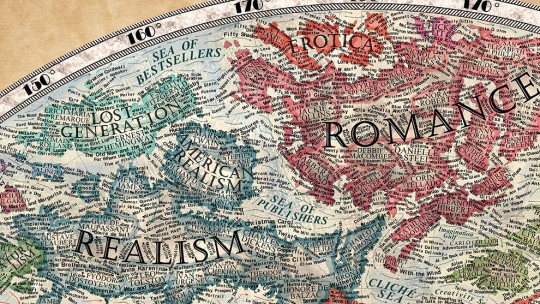 This vintage-looking map is the most detailed and accurate visualization of the phenomenon of literature.

We’ve seen many book-related maps already, but none of them is as impressive as The Map of Literature.

This vintage-looking map is a visualization how the world’s literature evolved from the ancient era to the present day. It has four continents: fiction, nonfiction, drama, and poetry. Countries represent different genres and periods.

That’s not all. The globe is surrounded by the lists, including winners of Nobel Prize in Literature, bestselling books, and richest authors.

It must be months of a full-time job of a professional cartographer to create such a detailed map, you’ll say. Not exactly.

The map was drawn by a senior student from Slovakia, Martin Vargic. It took him three weeks to design and draw the map. Seems very quick, but he often worked over 15 hours a day on it.

Drawing maps is Vargic’s side job – or we should rather say, “was”.

A collection of his maps has just been published by Harper Design. Vargic’s Miscellany of Curious Maps includes 64 maps and infographics. Besides literature, you’ll find here the maps of stereotypes, the internet, heavy metal, and tractors.

This wonderful and strange atlas is a treasure trove of interesting, unexpected and bizarre facts – a glorious celebration of our big beautiful diverse world.

Book lovers could only wish The Map of Literature will be one day available as a poster, just like other maps that you can see on Halcyon Maps and buy from Zazzle.

The Map of Literature by Martin Vargic 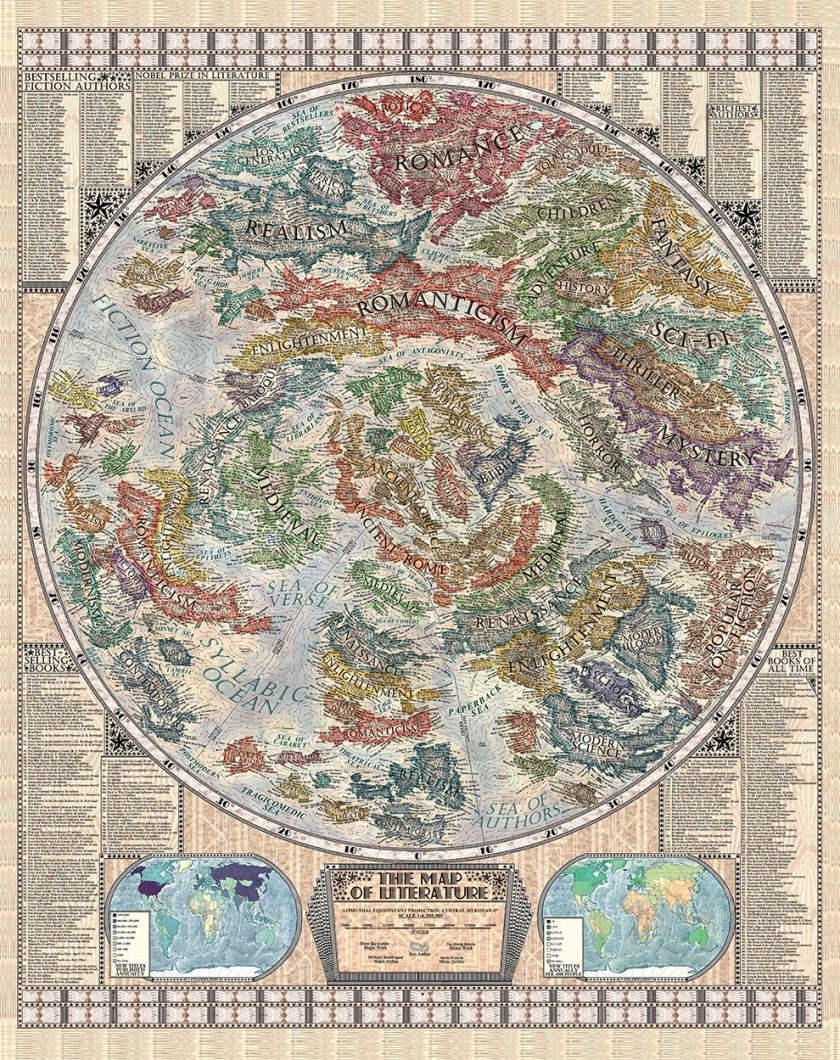 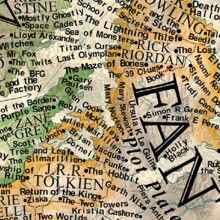 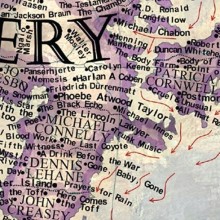 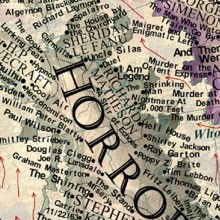 Via BuzzFeed. All images via Penguin.

A stunning full-color collection of inventive, poignant, humorous, and controversial maps of the world from the internationally recognized digital artist behind the stunning “Map of Stereotypes.”

Slovakian artist Martin Vargic rose to international fame in 2014 when his “Map of the Internet 1.0” went viral.

The new book showcases this visual artist’s rare talent as never before in a gorgeous edition sure to be treasured by fans.

Along with eight exquisite and unexpected conceptual atlases, he has imagined The Music Map, The Map of YouTube, The Corporate World Map, and many more. An additional fifty mini-maps of the world display a diverse list of data, such as the number of heavy metal bands per capita, the probability of getting struck by lightning, average penis length, NSA surveillance rate, and number of tractors per 1,000 inhabitants.