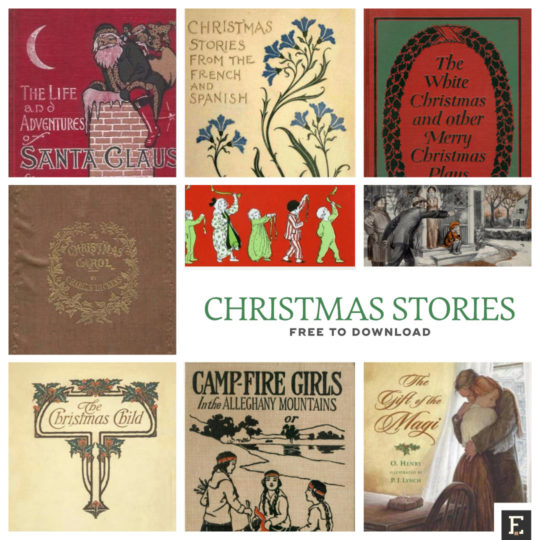 Get classic Christmas stories for your new Kindle, Kobo, Nook or iPad. They are free to download in ebook format.

The iPad, Kindle or Kobo, gifted to one of your family members can be a great way to bring the family together and enjoy the reading of classic Christmas stories.

In fact, the ebook format makes it easier than ever before. Classic ebooks are free to download. Just like any other ebooks, they can land in an e-reading device or app in a matter of seconds. That means you can read a Christmas story any time, even if you haven’t planned it.

There are many sites where you can get free ebooks, but for this selection we source every title to Project Gutenberg.

Project Gutenberg is our favorite site with free ebooks. It’s very well-organized, has a clean design, and is mobile friendly. Most of all, in many cases it’s the original source of newly released public domain ebooks.

You can get the titles to your Kindle (make sure to download mobi format) or other e-readers and apps, including Kobo and Nook (in this case, choose epub file).

You can also use a one-click download to Dropbox, Google Drive or OneDrive, so getting multiple files is pretty easy and quick.

If you want to get more Christmas stories to your Kindle, Nook, Kobo, or iPad, check out the Christmas Bookshelf on Project Gutenberg. Besides short stories, you’ll find here novels, poems, plays, children’s books, as well as non-fiction works.

Top article
Best short books you can read in less than three hours. Novels and novellas you can't miss, short stories, and most interesting non-fiction books. 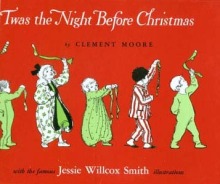 1. Twas the Night Before Christmas

A Christmas poem first published by Clement C. Moore anonymously in 1823. The original title was A Visit from St. Nicholas, but the book is better known as Twas the Night Before Christmas from its first line.

The poem, sometimes called the best known verses ever written by an American, is responsible for some of the conceptions of Santa Claus from the mid-nineteenth century to today.

Twas the night before Christmas, when all through the house
not a creature was stirring, not even a mouse.
The stockings were hung by the chimney with care,
in hopes that St. Nicholas soon would be there.

On Christmas Eve night, while his wife and children sleep, a man awakens to noises outside his house. Looking out the window, he sees St. Nicholas in an air-borne sleigh pulled by eight reindeer. After landing his sleigh on the roof, the saint enters the house through the chimney, carrying a sack of toys with him. 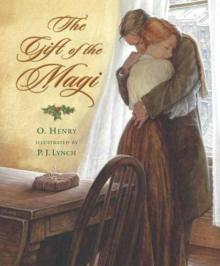 A short story about how a young married couple, Jim and Della, deal with the challenge of buying secret Christmas gifts for each other with very little money.

They have only two possessions between them in which they take pride: Della’s beautiful long, flowing hair, almost to her knees, and Jim’s shiny gold watch, which had belonged to his father and grandfather.

Della sells her hair to a nearby hairdresser, and finds a platinum pocket watch chain for Jim’s watch. Jim, however, sells his watch, to give Della an assortment of expensive hair accessories, useless now that her hair is short.

The story was first published in book form in the O. Henry’s anthology The Four Million in 1906.

3. The Children’s Book of Christmas Stories

Each of the stories has already won the approval of thousands of children, and “each is fraught with the true Christmas spirit.” 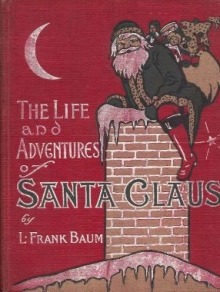 4. The Life and Adventures of Santa Claus

A children’s book, published in 1902, two years after Baum’s success with The Wizard of Oz.

Among many stories about the life of Santa Claus, this one seems to be the most delightful.

Santa Claus, as a baby is found in the Forest of Burzee by Ak, the Master Woodsman of the World, and placed in the care of the lioness Shiegra.

The Wood Nymph, Necile, breaks the law of the forest and takes the baby because she desires to raise a child of her own as mortals do, convincing Ak that since he made the law, he can allow an exception, and agrees to have both Necile and Shiegra care for the baby.

As years passed by, Claus’ fame spread far and wide, and he became recognized as a saint, earning the title “Santa”.

Santa Claus “brought toys to the children because they were little and helpless, and because he loved them. He knew that the best of children were sometimes naughty, and that the naughty ones were often good. It is the way with children, the world over, and he would not have changed their natures had he possessed the power to do so.”

5. The Night Before Christmas and Other Popular Stories for Children

A collection of 16 stories about Christmas. It opens with Clement C. Moore’s Twas the Night Before Christmas, featured as a separate book earlier in this post.

In this volume you’ll also find a the continuation of Moore’s famous poem – Twas the Night After Christmas.

Other stories in the collection are The Fairy Christmas by Etheldred B. Barry, Anna Morrison’s Christmas Day, and What Happened Christmas Eve by Oliver Herfold. 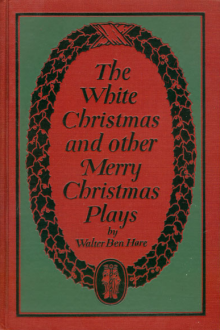 6. The White Christmas and other Merry Christmas Plays

Unlike other books in this list, The White Christmas contains plays, not novellas or short stories.

Written by Walter Ben Hare, the author of numerous plays, the book contains 6 children’s plays about Christmas, complete with tips on how to prepare a perfect Christmas play.

The plays included in the selection are:

Compiled by Phebe A. Curtiss

The collection includes 20 stories by various writers, including Hans Andersen’s The Little Match Girl, The Legend of the Christmas Tree by Lucy Wheelock, and Paulina’s Christmas adapted from Anna Robinson’s Little Paulina.

8. A Little Book of Christmas

John Kendrick Bangs was an American author, editor and satirist.

In A Little Book of Christmas, published in 1912, you’ll find four stories: The Conversion of Hetherington, The Child Who Had Everything But, Santa Claus and Little Billee, The House of the Seven Santas. 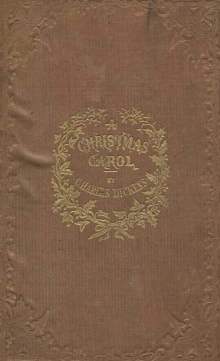 The most famous Christmas novella tells the story of a bitter old man named Ebenezer Scrooge. He transforms into a gentler man after visitations by the ghost of his former business partner Jacob Marley.

Scrooge himself is the embodiment of winter, and, just as winter is followed by spring and the renewal of life.

The book was first published in December 1843 in London, by Chapman & Hall. Six thousand copies of the book were sold almost instantly.

It became one of the most successful books of this holiday season, and met with a good reception from book critics.

In 1840s Christmas wasn’t commonly celebrated. At this time, in early Victorian era, there was strong nostalgia for old Christmas traditions together with the introduction of new customs, such as Christmas tree and Christmas greeting cards.

Dickens’s novella was one of the major influences in rejuvenating the old Christmas traditions of England. 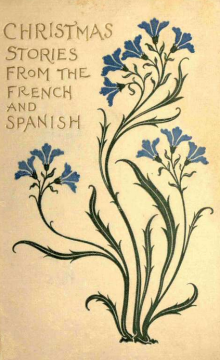 If you want a fresh look at Christmas, learning about the festive tradition in other countries but the US or UK is a good way to go.

Published in Chicago in 1892, this is the collection of 15 translated stories by French and Spanish authors, compiled by Antoinette Ogden.

You’ll read A Bird in the Snow from a Spanish author Armando Palacio Valdés. Marcel Prévost tells the story of Solange, the wolf girl. A Christmas in the Forest is a story by André Theuriet.

You probably haven’t come across this ebook before. It was added to Project Gutenberg catalog in November 2014.

All book covers via Wikipedia and Project Gutenberg.

Visit Geek Updated – a place with tips and tricks for geeks in a hurry.