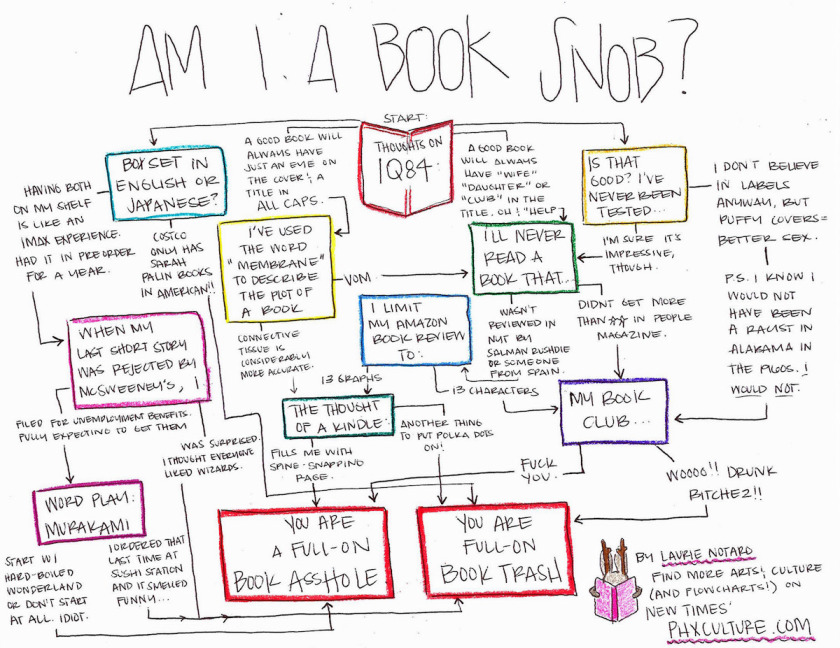 Laurie Notaro and Claire Lawton have created for Jackalope Ranch a hilarious chart that will let you find out whether you are a book snob, or not (yet).

If famous books were written in a time of social distancing
– April 14, 2020

Am I a book snob? (fun chart) https://ebookfriendly.com/book-snob-chart/ via @ebookfriendly