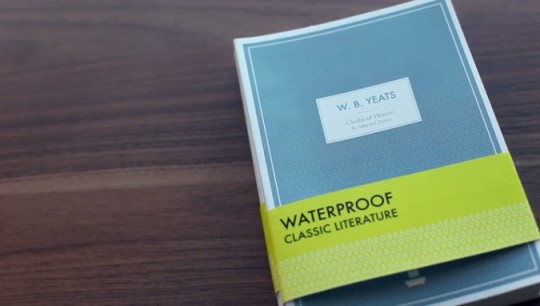 Want to be sure nothing happens with your book when you take it to the bath, beach, or swimming pool?

There is a new idea around that’s pretty promising. Called Bibliobath, this Kickstarter project is about to publish a series of literary classics that are fully waterproof.

The books will be printed on a special waterproof synthetic paper, that “feels like real paper.” That’s not all. The binding will also be waterproof, to make sure the book won’t fall apart while taking a bath.

Here is the video that introduces the concept:

if you like the idea, make sure to visit the Kickstarter page and give your support to make it happen.