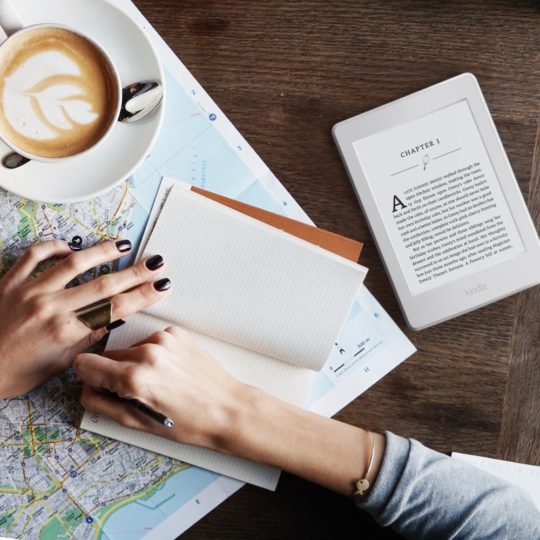 In a Prime-exclusive spring deal, you can save from $30 to $50 on three Kindle models.

Every few weeks Amazon offers a deal that proves it pays to be a member of the multi-benefit Prime subscription program.

In a limited-time promotion, Prime members can buy Kindle e-readers at prices slashed more than during Black Friday and Cyber Monday 2016!

Three models are being discounted. The top-end Kindle Oasis never enters any deals. So, here are the Kindle e-reader Prime deals:

If you are a Prime member, add the Kindle to cart, and the discount will be automatically applied at checkout. 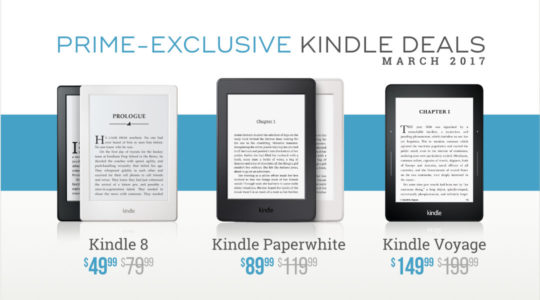 As I already wrote, this deals is more attractive that what Amazon prepared for non-Prime customers during Black Friday and Cyber Monday 2016. Back then, the savings were $30 for Kindle 8 and Voyage; $20 was offered for Paperwhite.

We spotted the same Prime-exclusive promotion on Kindle e-readers already. It was held in October 2016. Probably, the huge interest in this deal emptied the stock of some versions, for instance, the White Kindle 8.

If you don’t have the Prime membership yet, you can start the 30-day free trial today, and almost immediately benefit from the new Prime-exclusive Kindle deal. And if you don’t like the subscription after a couple of days of testing, you can cancel it anytime.

You are probably asking yourself a question: fine, I’ll get the Kindle, but what next? Next, you can benefit from several book-related features of Prime membership. Here they are:

Amazon Prime members can save up to $50 on the Kindle https://ebookfriendly.com/amazon-prime-kindle-deals-march-2017/ via @ebookfriendly