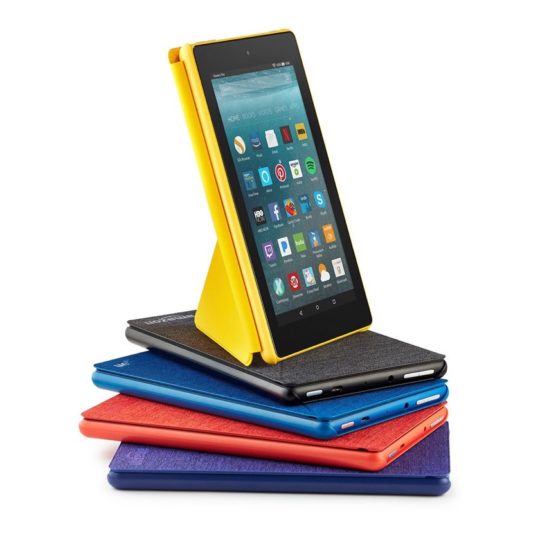 Amazon has just announced next generations of the 7″ and 8″ Fire tablets and their special editions addressed to kids.

When Amazon announces something about Fire, it’s in bulk. In September 2015, three Fire tablets were launched at the same time (7, 8, and 10-inch), plus Kids Edition based on the Fire 7.

Today, Amazon has announced four new models: two tablets and two Kids Editions. All models are available for pre-order right now, and they will be shipping from June 7, 2017.

What’s interesting, Amazon is running right now a promotion, in which you can save 20% if you buy any 3 all-new Fire tablets using the promo code FIRE3PACK at check out. This promotion is valid only for the new 2017 Fire models.

In the coming days, we will share more details about each tablet, including launch information, geographic availability, full tech specs, comparisons, and pictures.

Below, you’ll find the most important facts about Amazon Fire tablets that have just been announced.

The entry-level 7-inch Fire tablet from 2015 is being replaced by the thinner and lighter model, while the price is kept at the same level – $49.99.

Amazon claims the new Fire 7 features improved IPS display with higher contrast and sharper text. However, the resolution (1024 × 600) and pixel density (171 ppi) are the same as in the previous-generation model.

Fire 7 (2017) is thinner and lighter than its predecessor. It has a battery that can run up to 8 hours on mixed media. There are two storage options (8 GB and 16 GB), but you can expand memory with a microSD card to 256 GB.

The tablet is available in four colors. They are (obviously, I’m not talking about Black right now) warmer than in the 2015 generation. You can choose from warm Canary Yellow, Marine Blue, and Punch Red.

Original case covers with the matching colors will be available from June 7, 2017, as well. 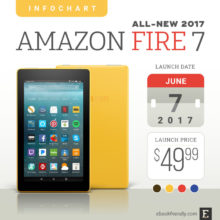 Top article
Everything you wanted to know about the 2017 Fire 7 tablet from Amazon. You'll find here a detailed overview, comparisons with other 7-inch tablets, full tech specs, and highlights from top reviews.

Just like the 7-inch Fire, it’s powered by 1.3 GHz quad-core processor. You can choose from two storage options: 16 GB or 32 GB. There is a slot for micro SD card, and you can expand memory by extra 256 GB.

The tablet comes with Alexa. Color options are the same as in the smaller model: Black, Canary Yellow, Marine Blue, and Punch Red. There are five colors to choose from if you want to protect the tablet with the original case. 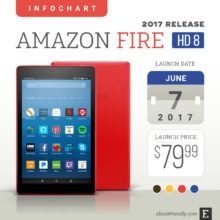 Top article
What to quickly decide whether Amazon's Fire HD 8 tablet is right for you? Here you will find everything you need: full tech specs, comparisons with similar tablets, review highlights from top bloggers, and more.

Kids Editions are special versions of the base model that have some extra elements that make the end product a good companion for kids.

The model based on the new Fire 7 comes with a special heavy-duty case that’s available in three colors: Blue, Pink, and Yellow. You also get a 2-year worry-free guarantee, and one year of Amazon FreeTime Unlimited.

It’s the same set of benefits: the tablet, the kid-proof case, 2-year guarantee, and one year of Amazon FreeTime Unlimited.

The price is set at $129.99, and there are three color versions to choose from: Blue, Pink, and Yellow. 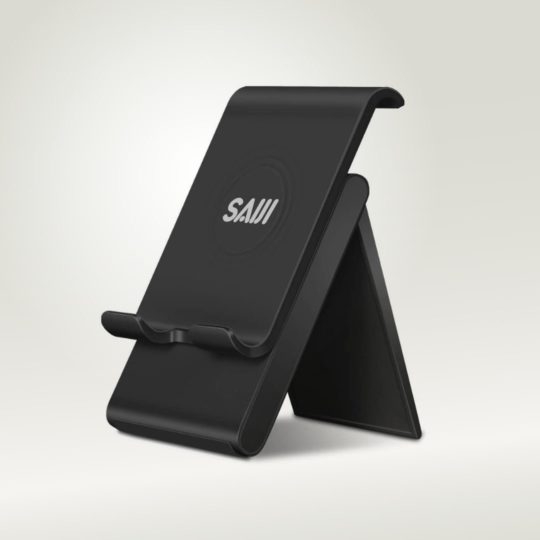