Amazon has just announced the 10th-generation Fire HD 8 tablet family. The new range includes the regular variant, the version for kids, and the top-end HD 8 Plus version.

There are a few improvements and new features – we list them below. If we leave the Plus version aside, the major new thing in Amazon’s mid-sized tablet is its new design tailored for horizontal use. Other features, such as bigger storage (both internal and via memory card), are something everyone was expecting.

One thing to notice is that Amazon is adjusting the price strategy. Newly released Kindle and Fire models are more expensive that their predecessors, and the same thing applies to the 8-inch Fire tablet.

The price of the entry-level variant, with special offers and 32 GB of internal memory, is set at $89.99. It’s $10 higher than the 2018 model. You may say that the price difference is not essential and you may live with that. The only thing is that if you buy the new tablet, you will need to pay extra for the case, as the new model has a different shape and size. As a result, you will have to pay around $100 for a replacement of your current Fire tablet.

Is Amazon Fire HD 8 (2020) worth it? Let its features speak for themselves. If you want to learn more, make sure to check out Fire HD 8 2020 specs and comparisons with the earlier model as well as the most affordable iPad. 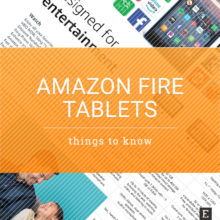 Top article
What are the pros and cons of getting Amazon Fire tablet? Which features and specs you may enjoy or miss? Find the answers in this handy list.

As a reference, in the previous-generation model, 6 hours were needed to achieve full battery level via micro-USB port.

Amazon Fire HD 8 has a completely new look. If in portrait mode, it’s wider than its predecessor. You may assume it’s because of a new display with a different aspect ratio.

A different look is a result of redesigning the bezel. In a previous generation the sides were narrow, while the top and bottom were larger. In the new model the bezel’s width is roughly the same around the display.

The reason is simple: the front camera was moved from top side in portrait mode to top side in horizontal mode.

This single design decision significantly changes the way you’ll use the tablet. From now on, it is much easier to make video calls in a horizontal mode. In a vast majority of other tablets the camera position is tailored for portrait view, what affects how others see you when talking on Skype or Zoom with a tablet put in a horizontal mode – the camera is on the side of the screen instead of top.

The horizontal-first view is a natural choice for a tablet range that’s designed for watching or two-hand use. It’s also connected with the wireless charging stand (Fire HD Plus version only) which lets you charge the tablet only in the horizontal position.

Don’t expect the new model to be super-fast, though. Fire tablets usually offer medium-to-low performance compared to tablets from other major brands, naming only Samsung or Apple.

If you have used the Fire before, you know that the speed of a newly released model would be fine for the next couple of months, but after a few updates of the operating system, the tablet will become slow and buggy, even to the point it would be impossible to use it. 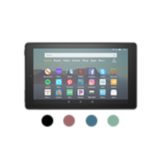 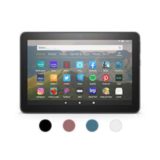 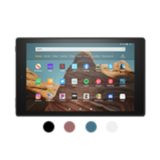 Every new generation of Fire tablets comes at least with an upgrade of internal memory. Fire HD 8 2020 offers two storage options: 32 or 64 GB, which is twice as much as in the previous model.

However, if you already own a microSD card, you don’t have to buy the 64 GB variant that costs $30 more. You can store all your movies, photos, audiobooks, and other personal files on a memory card which would also be used with any other Fire model, including the one you will buy in the future.

Support for memory cards is one of the biggest benefits of Amazon Fire tablets. You can use one card with multiple Fire models.

The new Fire HD 8 comes with a support for 1 TB microSD cards, compared to 400 GB in the 2018 model. It doesn’t mean you have to buy the new card. All you have to do is check out how much memory is used on your current card, and how much more you need in the near future.

Fire tablets are meant to be your video calls assistant. They never featured top-end rear cameras for making beautiful photos, but they sport solid front cameras, to help you see more on Skype or Zoom.

This convenient feature is available only in the HD 8 Plus version which costs $20 more. What’s more, to use this form of charging, you have to buy a dedicated Wireless Charging Dock, so in the end you will pay $169.99 instead of $89.99.

The wireless charging dock lets you avoid the cable mess. You can place the Fire on a dock and it instantly transforms into a countertop smart display with hands-free Alexa access in Show Mode.

Wireless Charging Dock will be compatible with future Plus-level generations of the 7- and 10-inch Fire models, but for now, it works only with Fire HD 8 Plus. 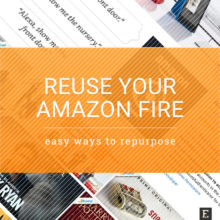 Top article
Make your old Fire do one thing, and it will do it right. A security camera feed monitor, an offline movie player, a night clock, a kitchen TV set…

Best Fire cases and accessories in 2020

Based on recommendations from top tech sites and best customer reviews. 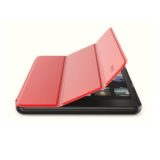 Available for Amazon Fire HD 8, but also other models. Lightweight and protective, it sports a built-in stand (two positions) and auto wake & sleep support. You can choose from four color options. 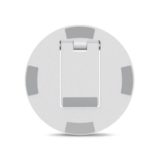 This sleek portable and foldable stand holder will fit all Amazon Fire models. Made of aluminum, it’s adjustable by 270 degrees, enabling you to set up a perfect angle. Available in Silver, Graphite, and Rose Gold. 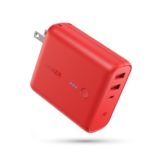 Check out more posts and tips for Amazon Fire users:

Do these features convince you to buy the 2020 Fire HD 8 tablet? https://ebookfriendly.com/amazon-fire-hd-8-2020-tablet-worth-it/ via @ebookfriendly