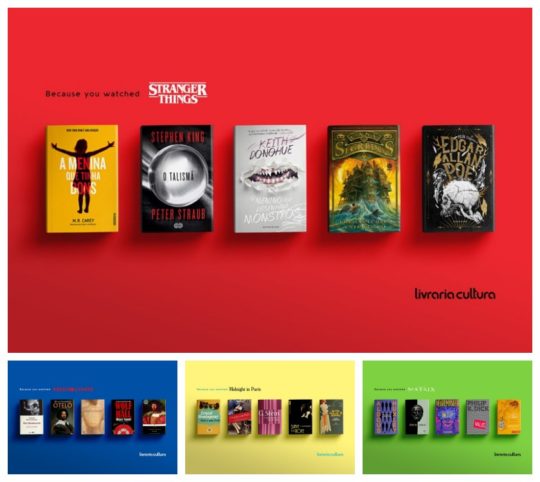 Creatives, Eduardo Fialho and Diego Koury from Arcos Brazil ad agency have prepared a set of brilliant ads that play with a common recommendation tool used by video streaming services.

This time, however, “because you watched” recommends not movies or TV shows but books.

The concept was developed for a Brazilian chain of bookstores, Livraria Cultura. You can find books related to Stranger Things or House of Cards TV series, or Midnight in Paris movie directed by Woody Allen. 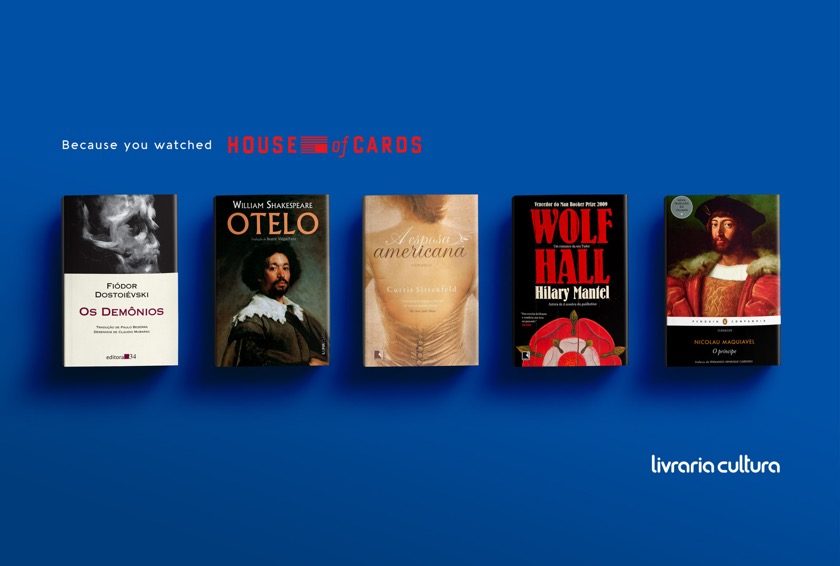 Because you watched House of Cards. 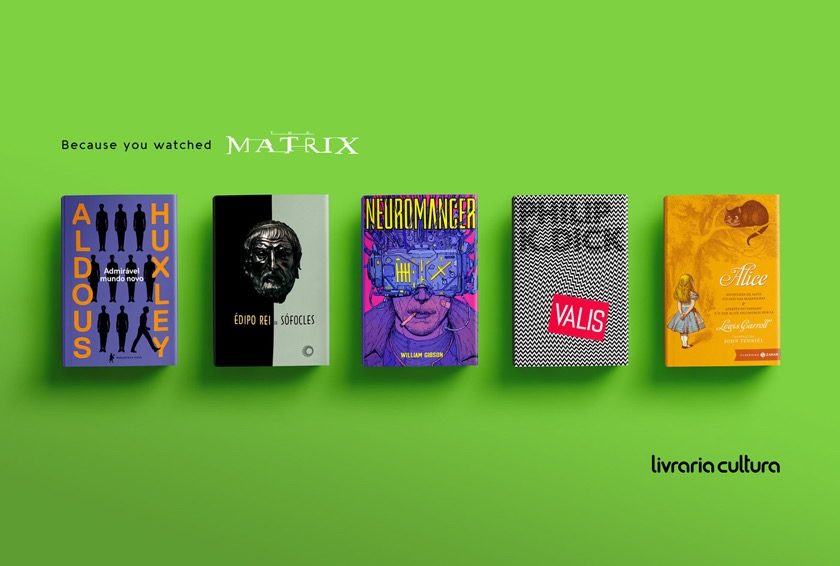 Because you watched Matrix. 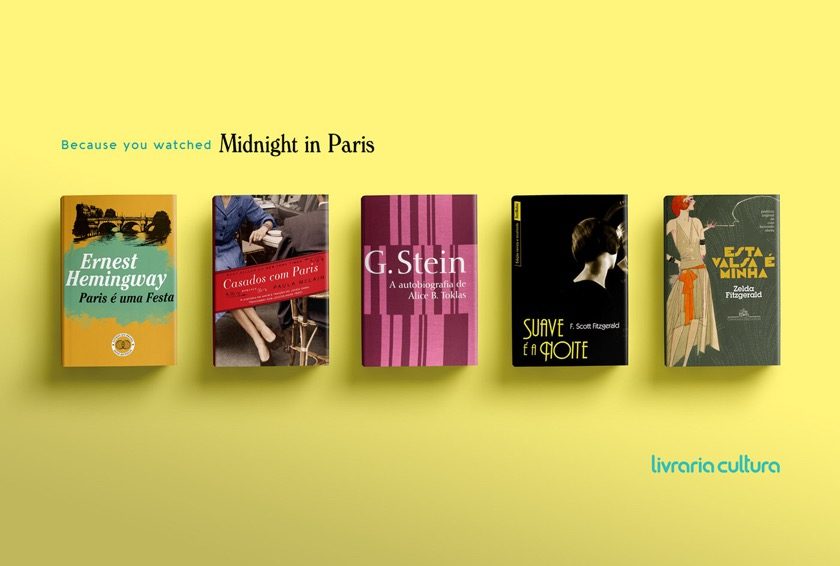 Because you watched Midnight in Paris. 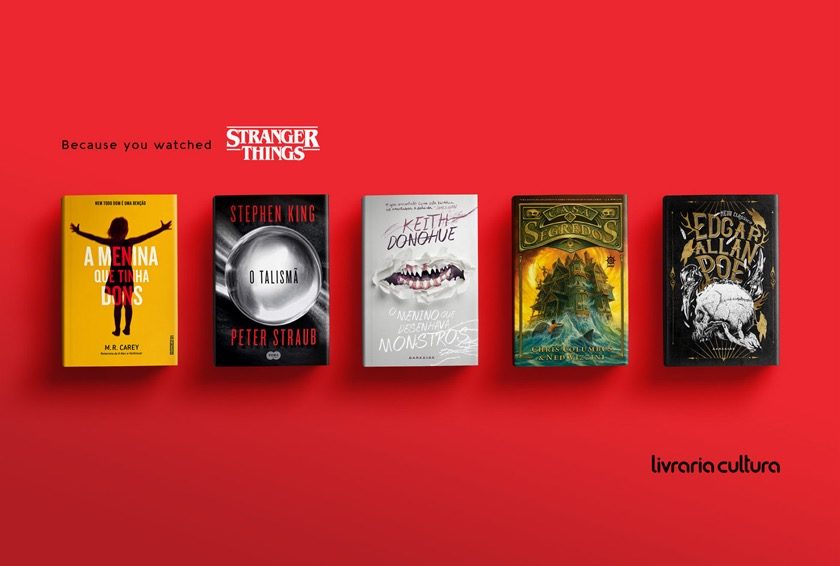 Because you watched Stranger Things.

Smart ads suggest books based on movies you watched https://ebookfriendly.com/ads-recommend-books-because-you-watched/ via @ebookfriendly