The infographic The Most Tuned In States in America is a summary of the findings.

Residents of Idaho, Utah, and Maine listen to the most audiobooks. On the opposite side of the landscape, we find New York, Connecticut, and New Jersey.

The data is also broken down by the city. Inhabitants of Salt Lake City listen to more audiobooks than any other city in the US. 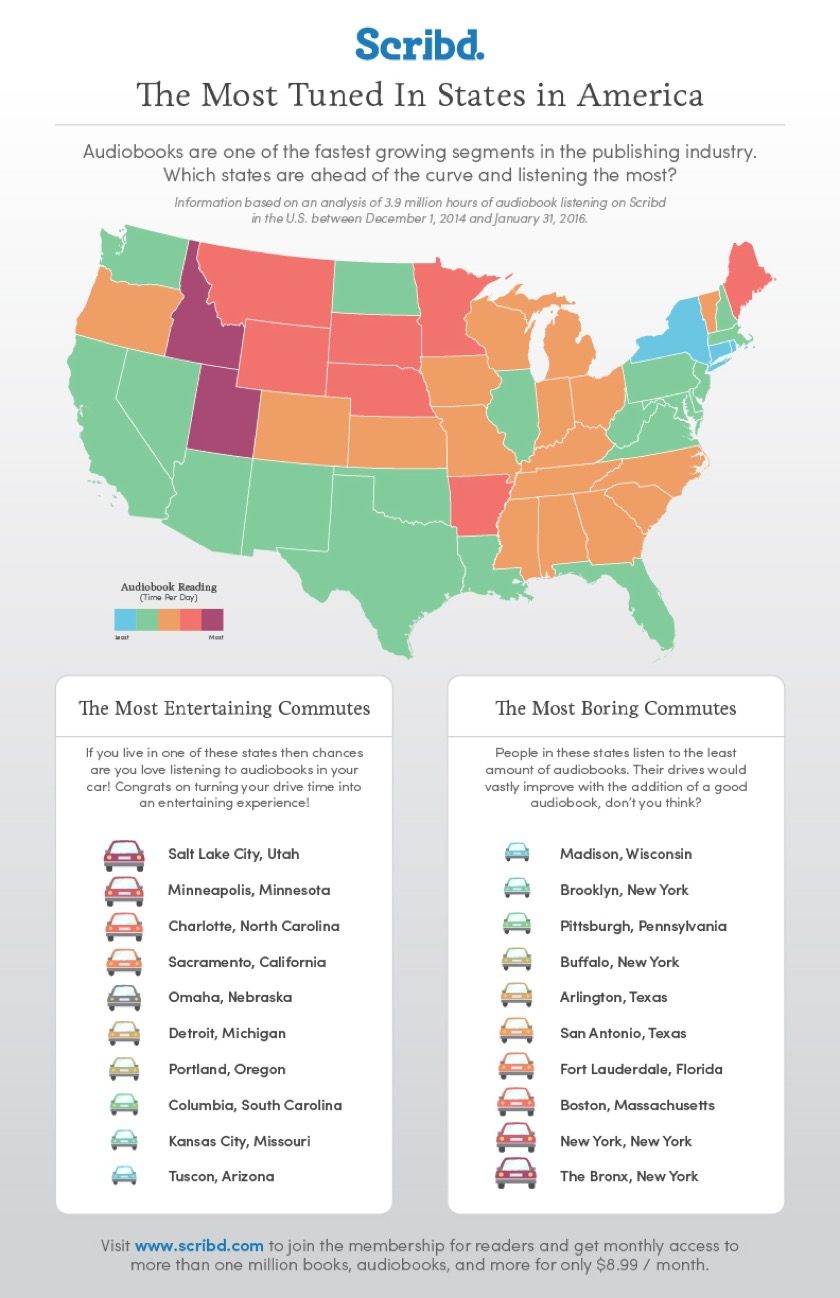 Which US states and cities listen to the most audiobooks? (infographic) https://ebookfriendly.com/us-states-listen-audiobooks-infographic/ via @ebookfriendly