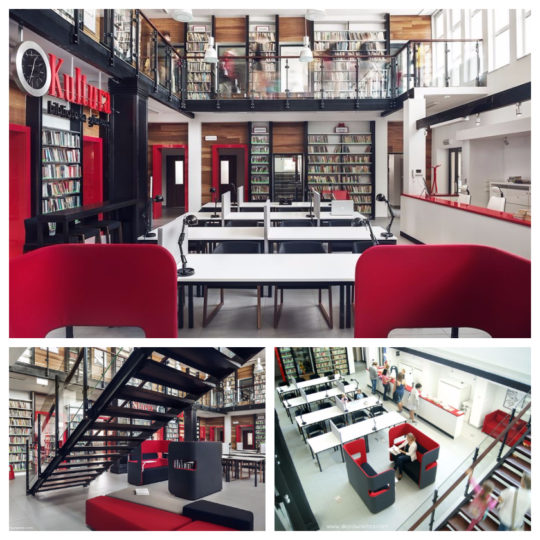 A public library in Rumia, Poland, is a great example how libraries can flourish in the 21st century.

Rumia is a town in the northern Poland, whose 47,000 inhabitants witnessed recently the birth of one of the most creative library projects.

In September 2014, a deteriorating building of Rumia train station was reopened as Stacja Kultura (Station Culture).

Station Culture combines the functions of a railway station, public library, and cultural center, serving both the local community and tourists traveling to Polish seaside.

The revitalized train station is now the main office of the Rumia Public Library. It’s not only a modern, friendly, and functional place where every book lover would want to spend as much time as possible. Station Culture has been an essential factor in increasing the number of library patrons in the city area.

Krystyna Laskowicz, the director of Station Culture, said that the percentage of inhabitants visiting all four branches of the Rumia Public Library has increased from 16% in 2013 to almost 26% in 2016.

It turns out people like to stay in pleasant places that attract them and show that reading and the library is not an embarrassing but interesting place.

Station Culture is surely a modern and innovative space. It has just won in the Single Space Design category of 2016 Library Interior Design Awards, being the only project from Europe which has been recognized in this year’s edition.

Rumia’s modern library and cultural center was designed by a Gdansk-based studio Sikora Wnętrza. Black and red details refer to the color scheme of old railway infrastructure: stations and locomotives. When you take a closer look at the bookshelves, you’ll notice that they resemble railroad tracks.

In the video below you can take a virtual tour through the Station Culture:

The library takes about 80% of the building’s space which has in total 1,500 square meters. The idea for Station Culture was not to open a library in an adapted part of the building but to revitalize the entire space so that it could serve both train passengers and library patrons.

The three-story library is connected directly with the station’s waiting room, café, and bistro. While waiting for the train, passengers can borrow or return a book, surf the web, or read a newspaper. And all that without leaving the building.

The development of Rumia’s modern library was funded by The Book Institute, established by the Polish Ministry of Culture to promote books and libraries.

After the announcement of the winners of ALA/IIDA Library Interior Design Awards, Małgorzata Kanownik from The Book Institute said:

We are very pleased that with the support of the state, the libraries may look so well that they are considered ones of the most beautiful in the world.

Nowadays, fewer and fewer people use trains… but more and more people can use libraries. 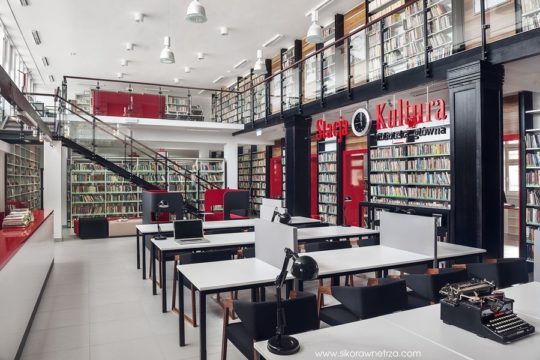 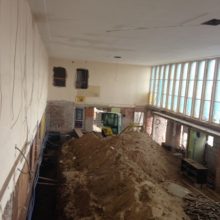 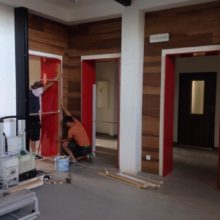 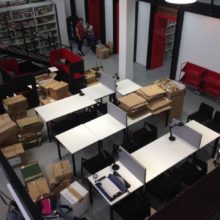 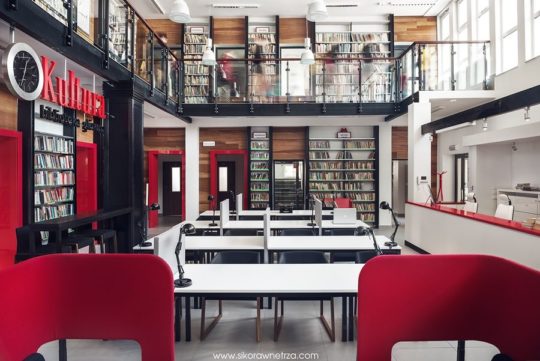 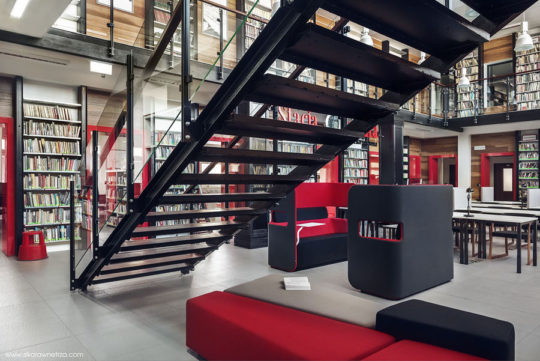 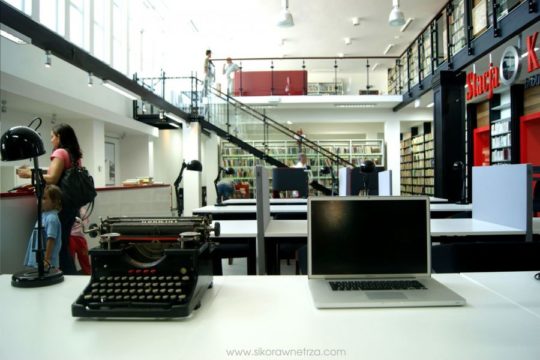 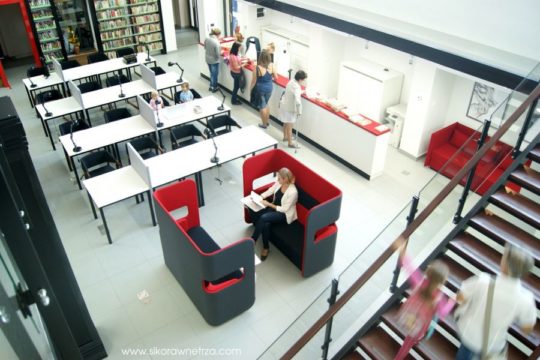 A railway station turned into a modern library and cultural center https://ebookfriendly.com/library-railway-station-pictures/ via @ebookfriendly