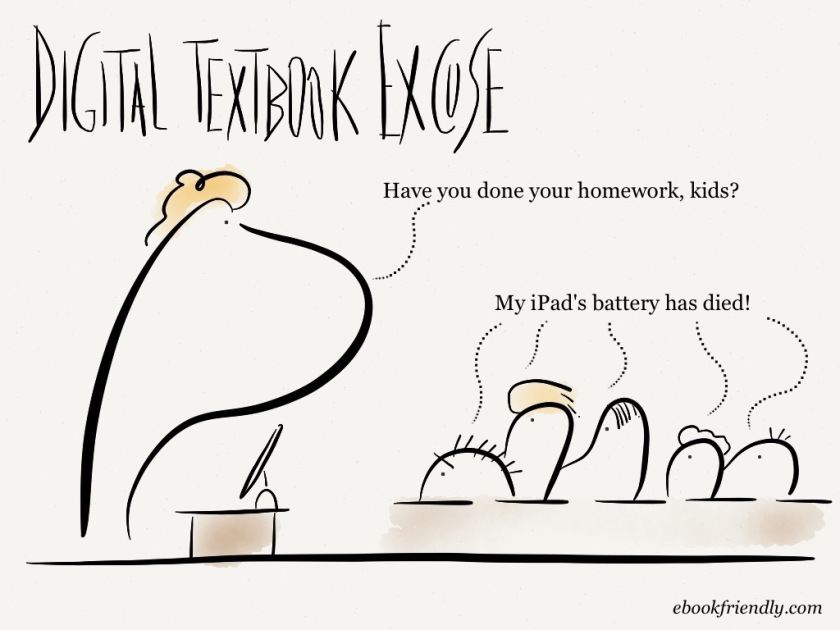 There are many discussions about digital textbooks, and how revolutionary iPad can be in the classroom. It’s all adults talking to adults. Maybe we should ask kids what they think…

Feel free to share the cartoon on your site (Creative Commons licence). Embed this one – copy the code: