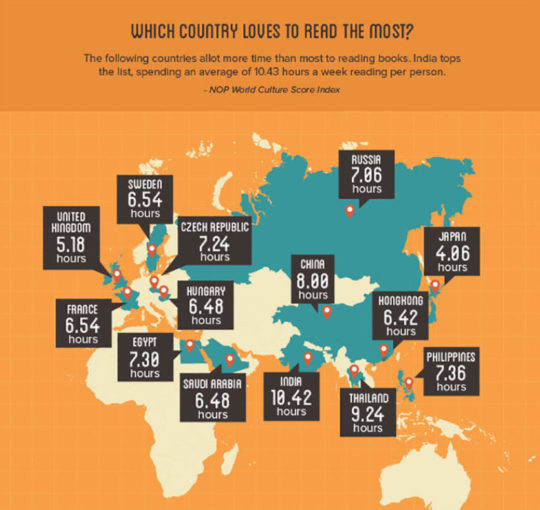 Contact lenses producer Feel Good has recently released an infographic that puts together most interesting facts about books and reading.

How the world reads infographic includes info about which country loves to read most, bestselling books of all time, banned books, and fun facts.

A very interesting part of the visual explains how we read.

Our eyes have 3 types of vision ranges: fovea or the area at the centre of the retina; parafovea, which expands 5 degrees on either side of a fixation; and periphery, which is everything else.

Most of what we understand clearly when reading, happens in the foveal area.