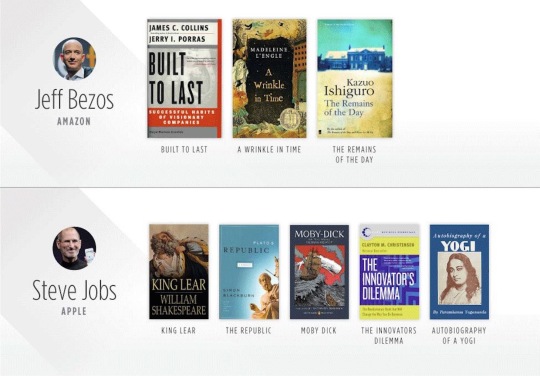 “The CEO Bookshelf” is the infographic created by Domo and CEO.com. It lists books that influenced 22 most influential CEOs in the world, past and present.

As you’ll see, some of the top managers read fiction. Steve Jobs liked Moby Dick. The Catcher in the Rye is a favorite book of Bill Gates.

Some top executives read books about great leaders, like Napoleon, and some limit themselves to read about other CEOs.

The Hitchhiker’s Guide to the Galaxy (read by Elon Musk) is a must-read for anyone who wants to be the innovator (and check out if number 42 is financially applicable).