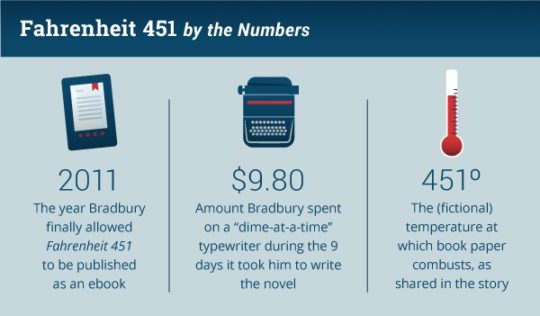 Ray Bradbury’s most famous novel and one of the most important books of the 20th century has been analyzed several times already.

Now, the most interesting facts about the book are included in a new infographic created by Course Hero, a website that helps students learn more effectively.

Course Hero’s infographic takes readers behind the scenes, giving insight into the twin themes of censorship and technology and how they permeate each of the book’s three sections.

Did you know Ray Bradbury wrote the novel in 9 days on a rented typewriter? Find other facts in the infographic. Click or tap it to enlarge.