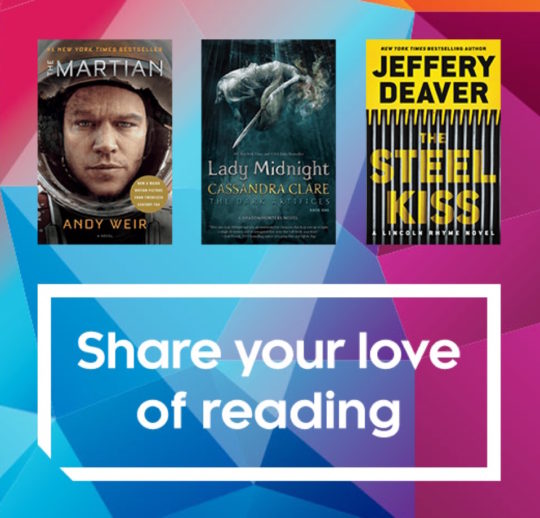 If you are a Kobo user and think about replacing your old Kobo device with a newer one, there is a chance to get it for free.

Kobo has started a new contest in which you have a chance to get even $279.99 worth of prizes in total:

The Grand Prize – Kobo Aura H2O and a $100 gift card – will come to the contest entrant with the most successful referrals.

However, you can still have a chance to win Kobo Aura H2O without referring a friend to Kobo. You can send your hand printed entry to Kobo by mail, and it will take part in a prize drawing conducted on September 12, 2016.

You can refer friends and send mail-in entries by August 31, 2016. Only users from the US and Canada are eligible. The official terms and condition of the contest are available here.

Kobo Aura H2O is the first premium eReader to have a waterproof and dustproof design that allows you to take it worry-free from the beach, to the bath, to your bed.

Plus, with up to 2 months of battery life, you have the freedom to keep reading, wherever you go. So if you drop it in the bath or accidentally spill a drink on it, your Kobo Aura H2O will still work like new. Just use the included drying cloth to dry the screen, so you can get back to reading.

Get a chance to win Kobo Aura H20 by referring friends to Kobo https://ebookfriendly.com/win-kobo-aura-h20-refer-friends/ via @ebookfriendly