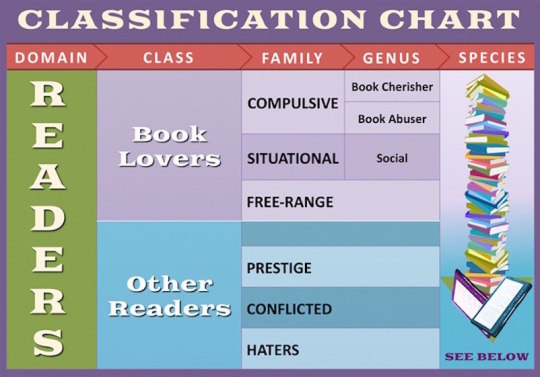 In her fun-to-read infographic she describes and classifies almost 50 reader species – “from the folks who see books as precious display objects to those who sort of hate reading”.

Which kind of book lover are you? (infographic) https://ebookfriendly.com/which-kind-of-book-lover-are-you-infographic/ via @ebookfriendly