The great infographic below, coming from Domo, an executive management company, asks a valid question: what would you do if you had these two extra hours a day?

A natural choice is to read a book, but what about writing one? 80% of Americans say they want to publish a book in their lifetime. 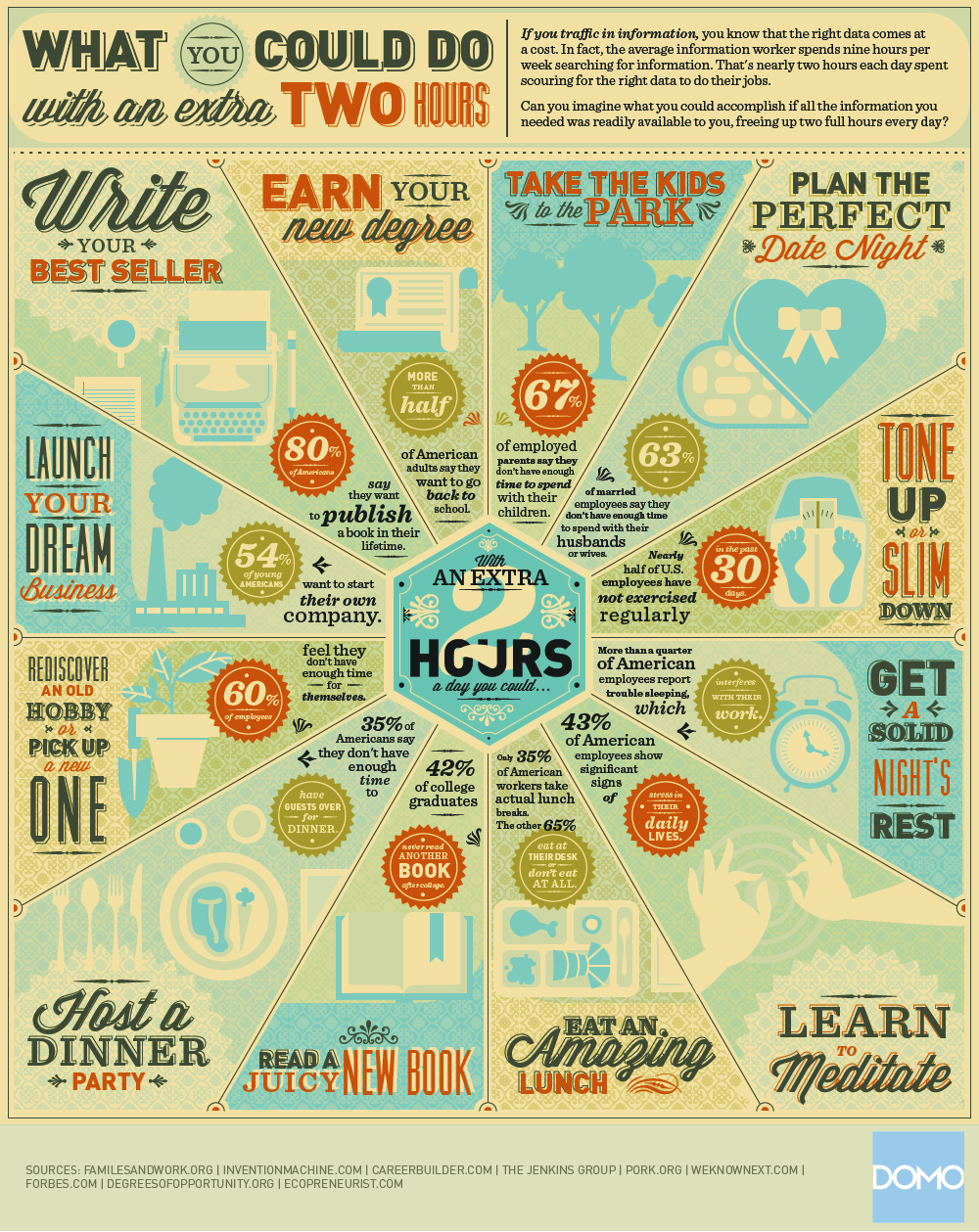 80% of Americans would want to publish a book in their lifetime (infographic) https://ebookfriendly.com/what-could-you-do-with-an-extra-two-hours-infographic/ via @ebookfriendly