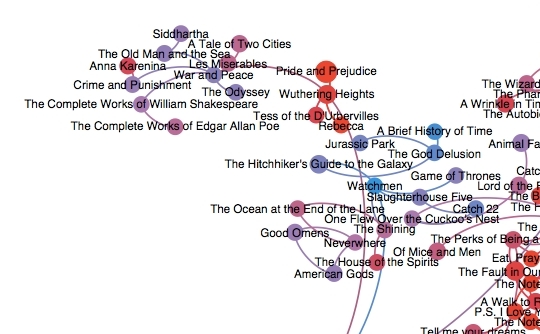 Facebook announces top 100 books that users were sharing in their status updates.

A year ago Facebook started to ask their users to share 10 books that have stayed with them in some way. “Don’t take more than a few minutes, and don’t think too hard,” the goal was not to name great works of literature, but books straight from the heart.

During this summer the action has become a true Facebook meme. Hundreds of thousands of users were sharing lists of their favorite books. You’ve  most probably seen them already, maybe took part.

The trend has become so huge that Facebook Data Science decided to analyze the data, and come back with the results in a post Books that have stayed with us.

They gathered 130,000 status updates matching “10 books” or “ten books”, appearing in the second half of August 2014. Three times more women than men took part in the action at that time.

Obviously, the list includes only the books collected from English language status updates. 63.7% come from the US, 9.3% from India, and 6.3% from the UK.

You’ll find the entire list at the end of the post, but before, have a look at a very interesting visualization (click or tap on it to enlarge). It shows how the books were connected with each other. The simple rule applied: people who listed X also listed Y.

I wish this data chart was interactive, like some of the wonderful book visualizations we shared some time ago.

So, what are 10 books that have stayed with you in some way? Don’t think too much, just write them down, straight from the heart. 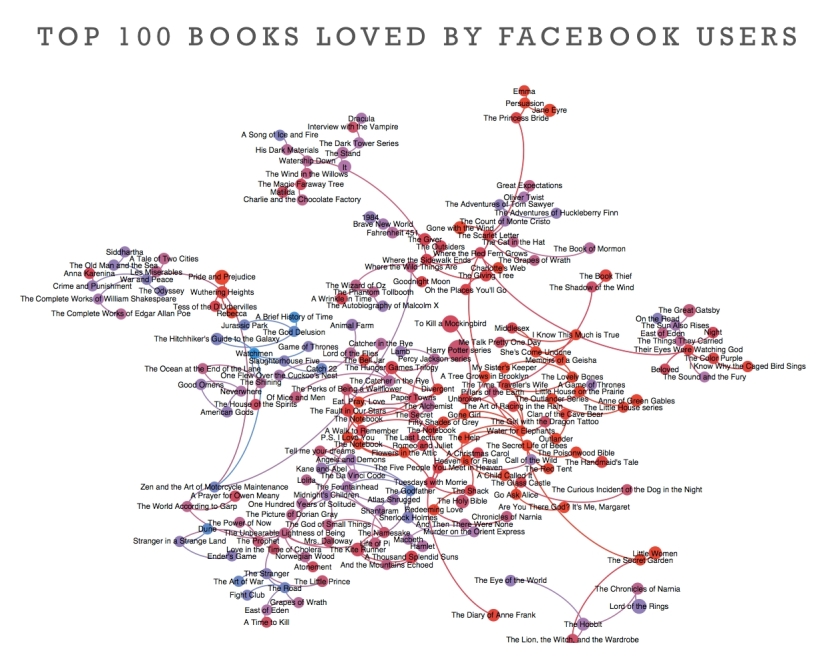 With a percentage of all lists that contained them.