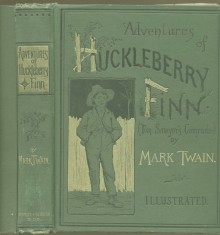 Over years, Project Gutenberg contributors did a fantastic work in digitizing the texts written by Mark Twain.

The book is a compilation of all Mark Twain files from Project Gutenberg. The bibliography of Twain by Albert Bigelow Paine has been used in organizing the major works in this collection in the order of the date of their first publication. The book includes, among others, The Adventures of Tom Sawyer, The Adventures of Huckleberry Finn, A Tramp Abroad, or A Connecticut Yankee In King Arthur’s Court.

As all ebooks from this fantastic site, The Entire Project Gutenberg Works of Mark Twain is available as a free download. You can get it for your Kindle e-reader or application, as well as for any device/app that support epub format, Kobo or Nook among them.

Enjoy and spread the word!

The complete works of Mark Twain now available as a free ebook https://ebookfriendly.com/the-complete-works-of-mark-twain-now-available-as-free-ebook-on-project-gutenberg/ via @ebookfriendly