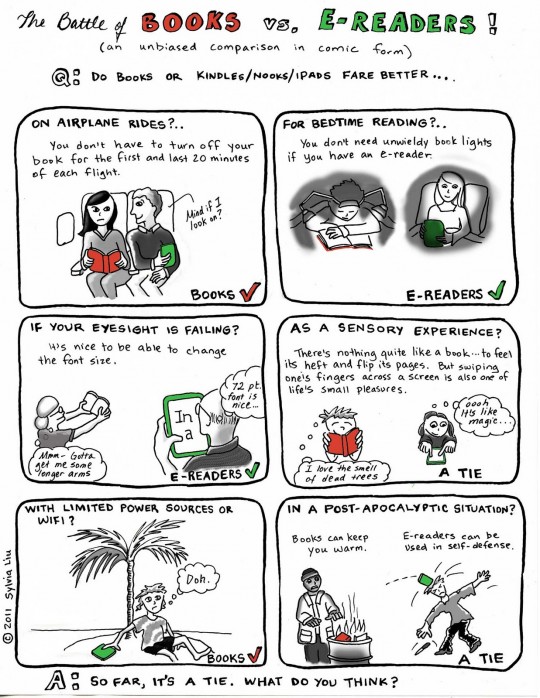 Artist, graphic designer and children books’ illustrator Sylvia Liu created an astonishing cartoon that tells the differences between print and electronic books in a very funny and amusing way.

What is better: print book or ebook? (cartoon) https://ebookfriendly.com/the-battle-of-books-cartoon/ via @ebookfriendly