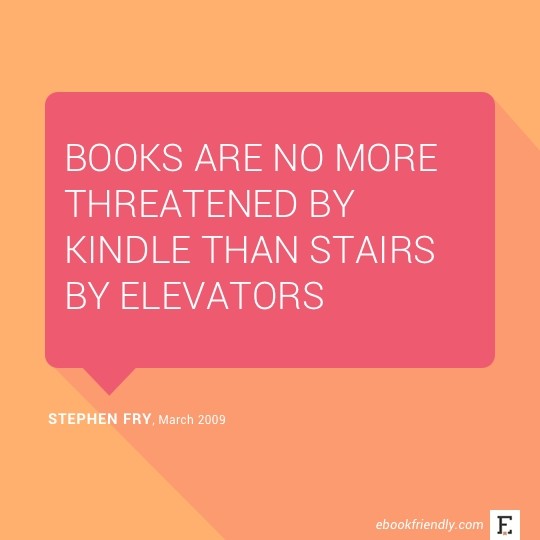 It’s probably the most famous quote about ebooks. Stephen Fry shared this thought in a tweet from March 11, 2009, and since that time it was cited countless number of times.

This is the point. One technology doesn’t replace another, it complements. Books are no more threatened by Kindle than stairs by elevators x

On a Goodreads page with Kindle quotes it was liked by 430 users. It’s a lot, having in mind that ebooks and ereaders are a new topic, and it needs time for best opinions about them to become golden thoughts.

This quote is the perfect one to introduce a new series of posts with valuable thoughts about ebooks and digital reading. Where possible, we will also add the source and context.

Stephen Fry about books and the Kindle (quote) https://ebookfriendly.com/stephen-fry-about-books-and-the-kindle-quote/ via @ebookfriendly