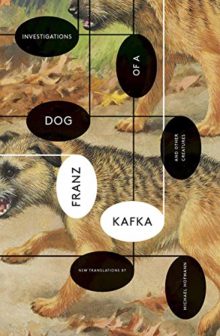 Investigations of a Dog: And Other Creatures

Some of Kafka’s most fantastical and visionary short fiction is now available in a new masterful translation by Michael Hofmann.

These matchless short works, all unpublished during Kafka’s lifetime, range from the gleeful dialogue between a cat and a mouse in “Little Fable” to the absurd humor of “Investigations of a Dog,” from the elaborate waking nightmare of “Building the Great Wall of China” to the creeping unease of “The Burrow,” where a nameless creature’s labyrinthine hiding place turns into a trap of fear and paranoia.