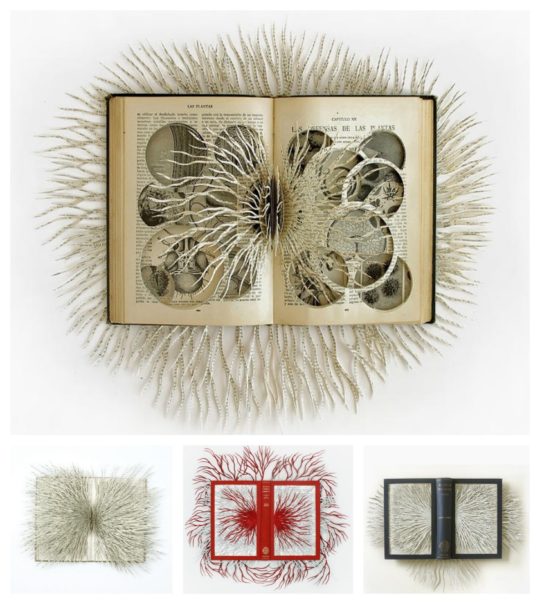 Library of the Infinitesimally Small and Unimaginably Large is an ongoing project by Cape Town based artist Barbara Wildenboer.

The project started in 2011, and includes awesome book sculptures made from gently cut damaged or repurposed books, particularly old books of maps and atlases.

The books become both reference and raw material for sculptures, paper installations and digital animation.

The sculptures become visual metaphors, with the intention to draw emphasis to our understanding of history. 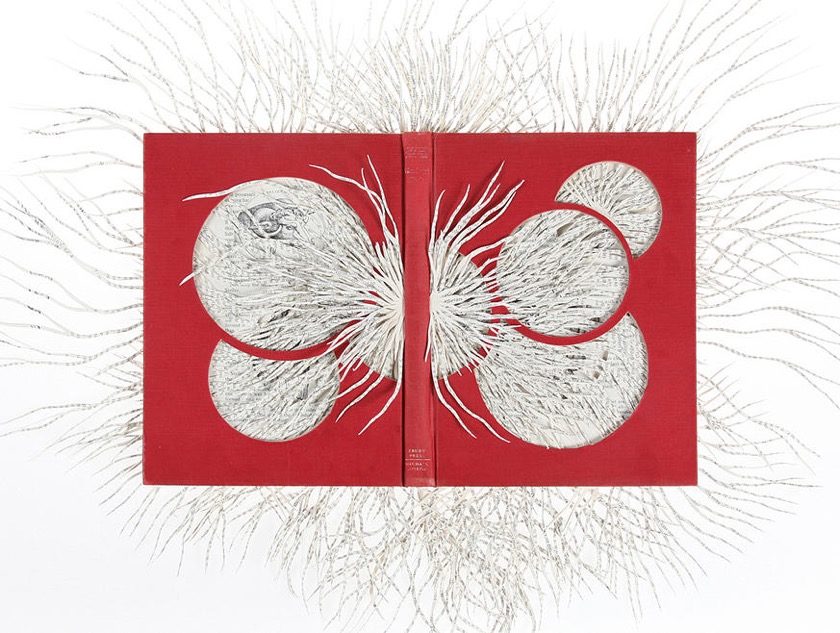 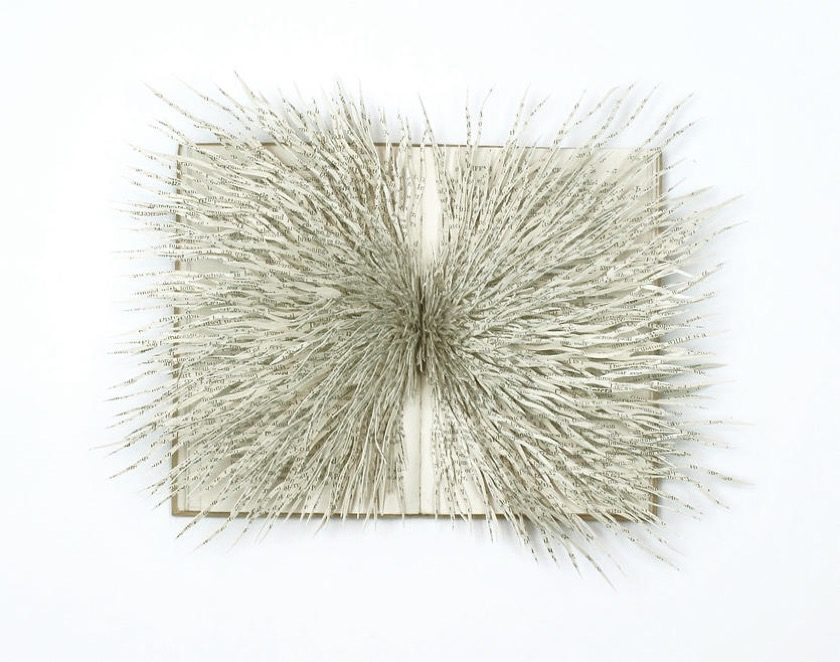 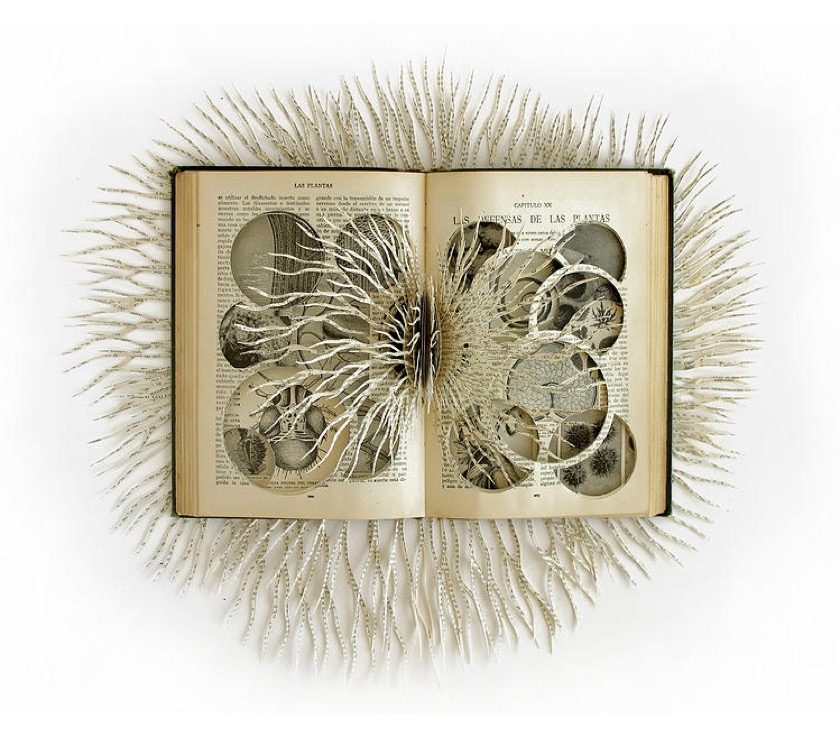 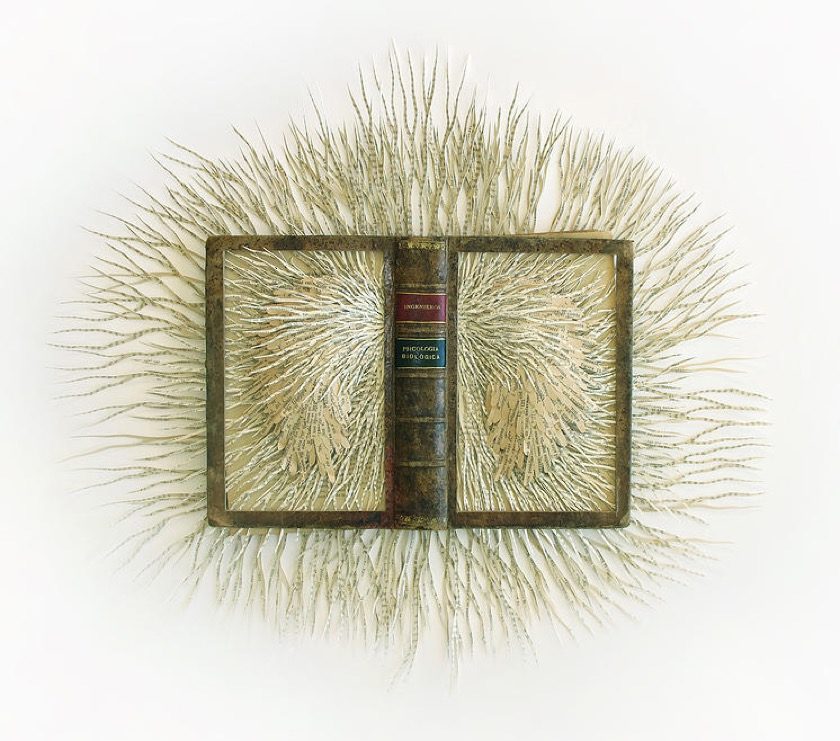 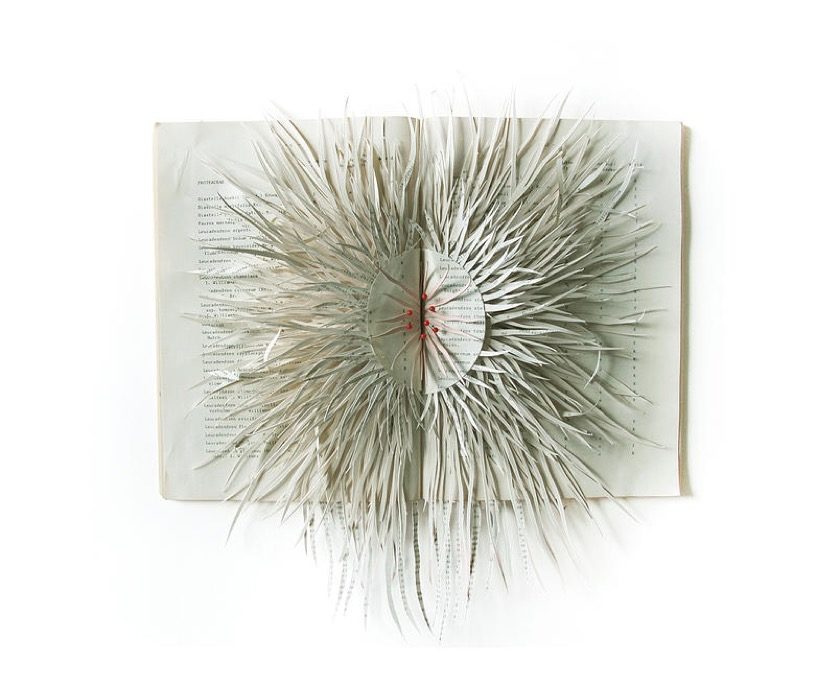 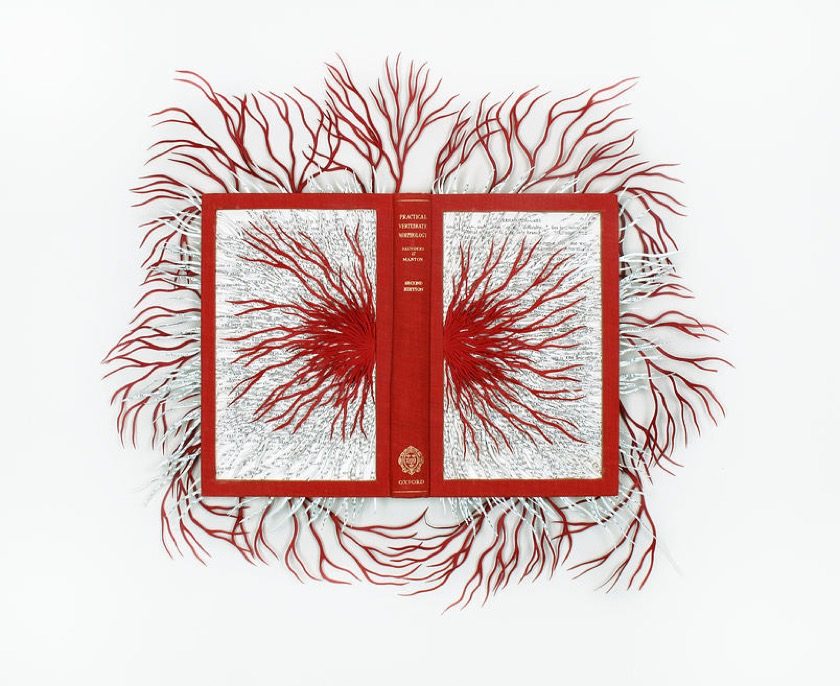 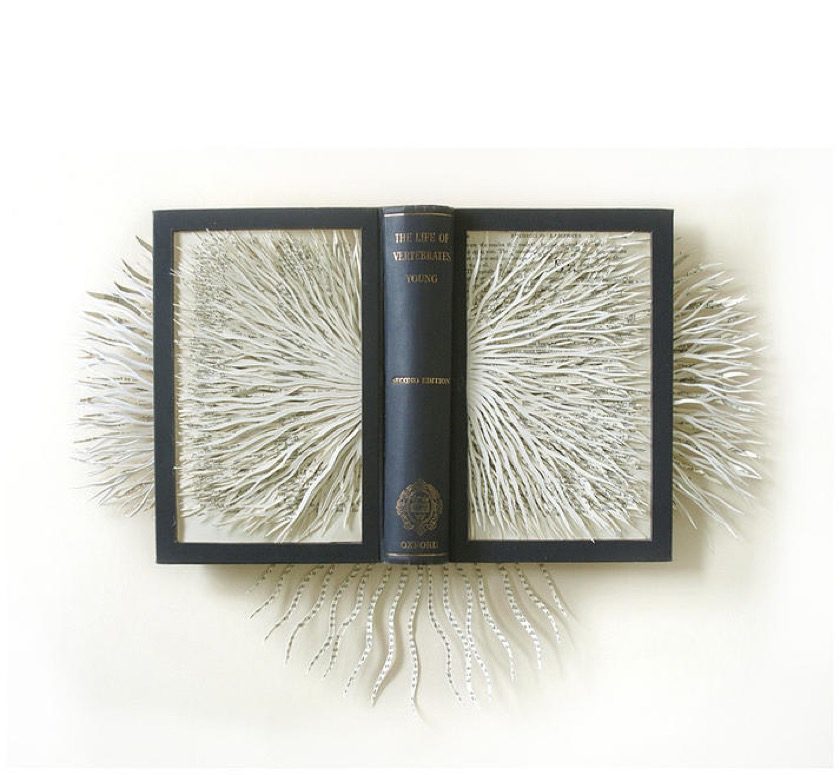 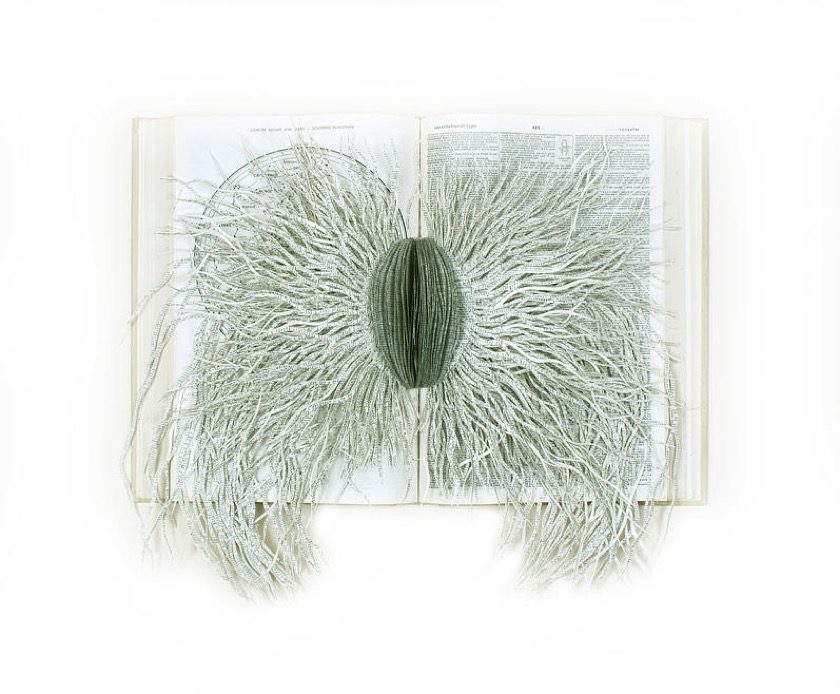 Awesome sculptures made from repurposed books (pictures) https://ebookfriendly.com/sculptures-repurposed-books-pictures/ via @ebookfriendly