A useful infographic prepared by PchStudio & maiz design. Good not only for web designers, but also if you want to find a wallpaper for your device. By the way, we list awesome, bookish wallpapers for the iPad in this post. 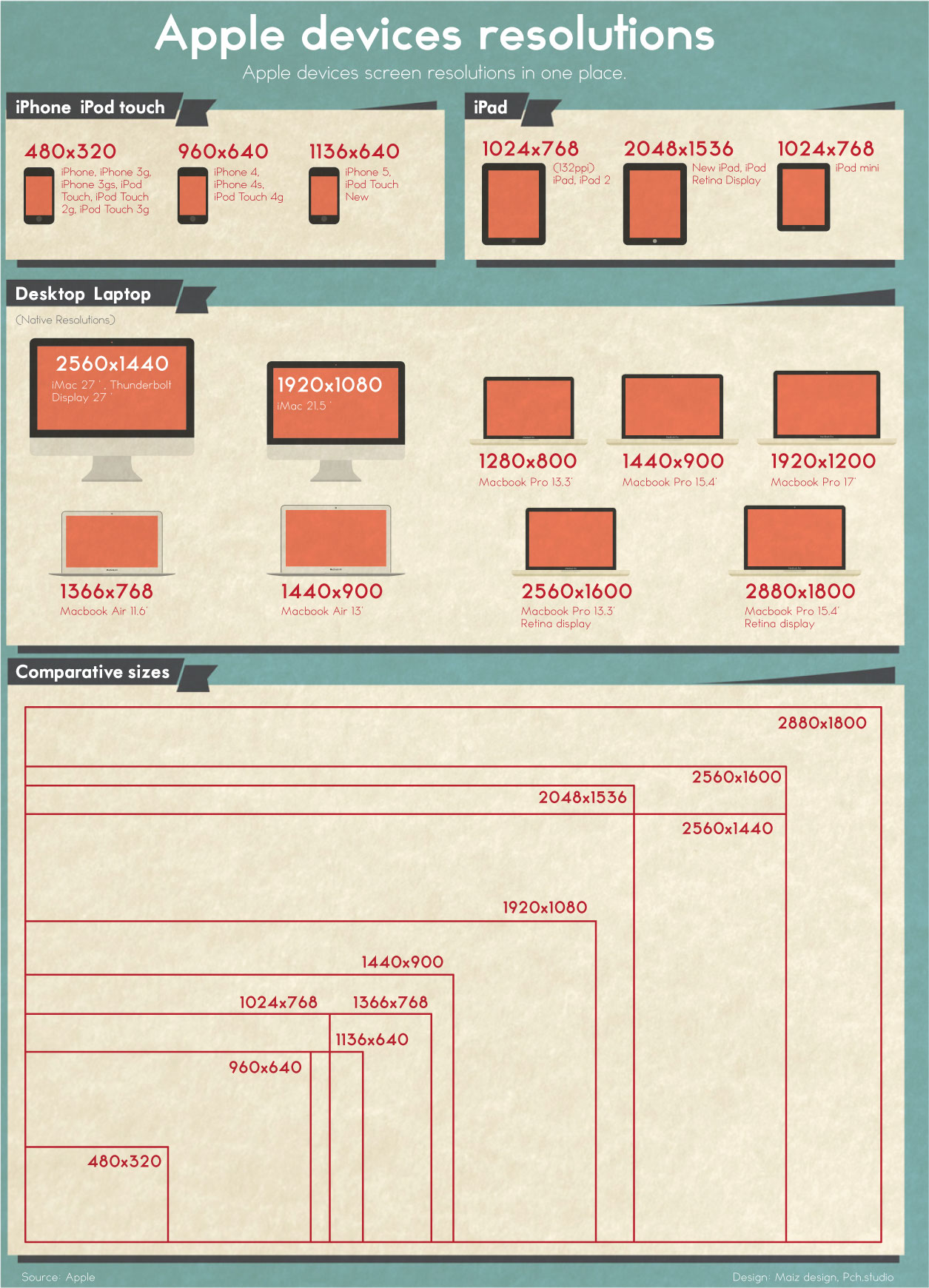