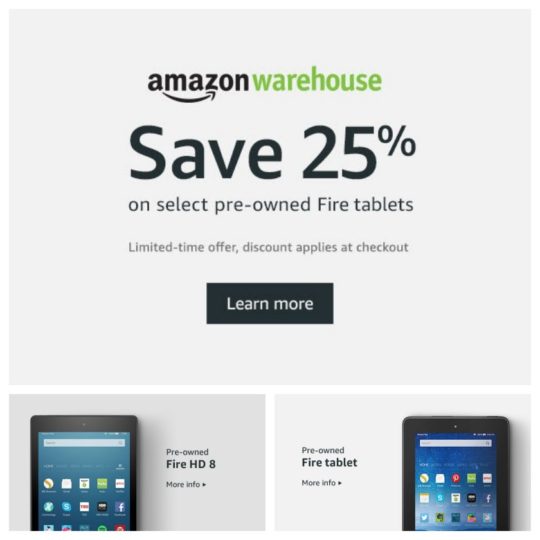 If you want to get a deep discount on the 8-inch Fire tablet, you may be interested in checking out the current deal Amazon offers on the previous generation, released in 2016.

The 7th-generation Amazon Fire HD 8 was released in June this year with a price set at $79.99. Usually, shortly after the new model hits the market, the previous-generation gets a price cut. It’s not the case of the 2016 Amazon Fire HD 8. The tablet still costs $89.99, and there is no sign of the upcoming price reduction.

Therefore, if you want to buy the 2016 release (for instance because you don’t like the new color range), you can get either a refurbished or pre-owned item.

If you decide to buy the pre-owned Amazon Fire HD 8, you will be able to read the details of its condition. The models offered in the promotion are either in good or very good condition, which usually is described as “minor cosmetic imperfection on the item.”

All tablets in this listing are Prime-eligible. It means if you are a Prime member, you can get them delivered to the US address within two days without paying for the shipping.