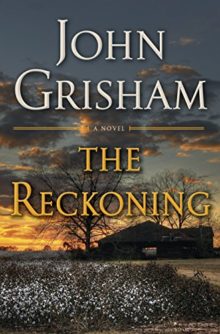 Pete Banning was Clanton’s favorite son – a decorated World War II hero, a farmer, father, and a faithful member of the Methodist church.

Then, one cool October morning he rose early, walked into the church, and calmly killed his pastor and friend.

In a major novel unlike anything he has written before, John Grisham takes us on an incredible journey, from the Jim Crow South to the jungles of the Philippines during World War II; from an insane asylum filled with secrets to the Clanton courtroom, where Pete’s defense attorney tries desperately to save him.