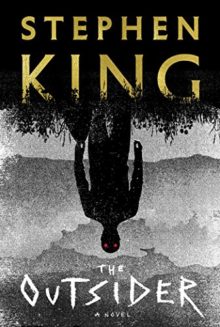 Mark your calendars. On May 22, one of Stephen King’s most unsettling and compulsively readable stories will be released.

An eleven-year-old boy’s violated corpse is found in a town park. Eyewitnesses and fingerprints point unmistakably to one of Flint City’s most popular citizens, Terry Maitland.

Terry Maitland seems like a nice guy, but is he wearing another face? When the answer comes, it will shock you as only Stephen King can.