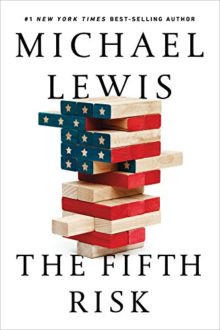 Michael Lewis’s brilliant narrative takes us into the engine rooms of a government under attack by its own leaders.

In Agriculture the funding of vital programs like food stamps and school lunches is being slashed. The Commerce Department may not have enough staff to conduct the 2020 Census properly. Over at Energy, where international nuclear risk is managed, it’s not clear there will be enough inspectors to track and locate black market uranium before terrorists do.

If there are dangerous fools in this book, there are also heroes, unsung, of course. They are the linchpins of the system. Michael Lewis finds them, and he asks them what keeps them up at night.