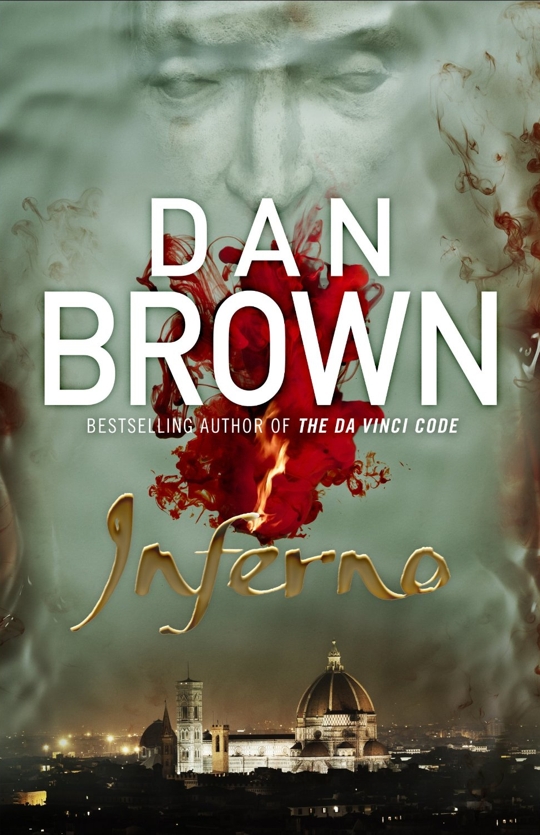 With these words echoing in his head, eminent Harvard symbologist Robert Langdon awakes in a hospital bed with no recollection of where he is or how he got there. Nor can he explain the origin of the macabre object that is found hidden in his belongings.

A threat to his life will propel him and a young doctor, Sienna Brooks, into a breakneck chase across the city of Florence. Only Langdon’s knowledge of hidden passageways and ancient secrets that lie behind its historic facade can save them from the clutches of their unknown pursuers.

With only a few lines from Dante’s dark and epic masterpiece, The Inferno, to guide them, they must decipher a sequence of codes buried deep within some of the most celebrated artefacts of the Renaissance – sculptures, paintings, buildings – to find the answers to a puzzle which may, or may not, help them save the world from a terrifying threat.

Set against an extraordinary landscape inspired by one of history’s most ominous literary classics, Inferno is Dan Brown’s most compelling and thought-provoking novel yet, a breathless race-against-time thriller that will grab you from page one and not let you go until you close the book.

Dan Brown’s new novel, Inferno, features renowned Harvard symbologist Robert Langdon and is set in the heart of Europe, where Langdon is drawn into a harrowing world centred around one of history’s most enduring and mysterious literary masterpieces.

As Dan Brown comments: “Although I studied Dante’s Inferno as a student, it wasn’t until recently, while researching in Florence, that I came to appreciate the enduring influence of Dante’s work on the modern world. With this new novel, I am excited to take readers on a journey deep into this mysterious realm.a landscape of codes, symbols, and more than a few secret passageways.”

Dan Brown (born June 22, 1964) is a renowned American author of thriller fiction, best known for the 2003 bestselling novel, The Da Vinci Code. Brown’s novels are treasure hunts set in a 24-hour period, and feature the recurring themes of cryptography, keys, symbols, codes, and conspiracy theories. His books have been translated into 52 languages, and as of 2012, sold over 200 million copies. Two of them, The Da Vinci Code and Angels & Demons, have been adapted into films.

Brown’s novels that feature the lead character Robert Langdon also include historical themes and Christianity as motifs, and as a result, have generated controversy. Brown states on his website that his books are not anti-Christian, though he is on a ‘constant spiritual journey’ himself, and says that his book The Da Vinci Code is simply “an entertaining story that promotes spiritual discussion and debate” and suggests that the book may be used “as a positive catalyst for introspection and exploration of our faith.”