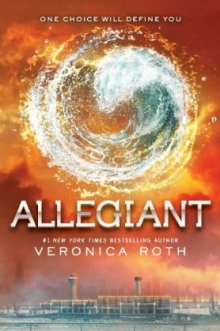 Allegiant, the third part of the YA trilogy, Divergent, was released today.

Divergent series is set in dystopian version of Chicago.

Citizens live in a society that is divided into five factions, each one meant to uphold a particular virtue of humanity – Candor (the honest), Abnegation (the selfless), Dauntless (the brave), Amity (the peaceful), and Erudite (the intelligent).

On an appointed day of every year, all sixteen-year-olds must select the faction to which they will devote the rest of their lives.

For Beatrice Prior, who renames herself Tris, the decision is between staying with her family and being who she really is—she can’t have both.

In Allegiant, the faction-based society that Tris once believed in is shattered – fractured by violence and power struggles and scarred by loss and betrayal. So when offered a chance to explore the world past the limits she’s known, Tris is ready.

The Los Angeles Times says Allegiant is poised to be the next Hunger Games:

The 25-year-old author’s still-unreleased finale for the trilogy is outselling the Hunger Games finale in its first month of pre-orders by a factor of five to one at Amazon, the company announced this week.

The first film adaptation of the series, “Divergent,” is coming in spring 2014, so hurry up to read all the books in a series before watching the movie.

What if your whole world was a lie?
What if a single revelation—like a single choice—changed everything?
What if love and loyalty made you do things you never expected?
The explosive conclusion to Veronica Roth’s #1 New York Times bestselling Divergent trilogy reveals the secrets of the dystopian world that has captivated millions of readers in Divergent and Insurgent. 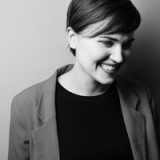 Veronica Roth was born in a Chicago suburb, and studied creative writing at Northwestern University.

She and her husband currently live in the city that inspired the setting of the Divergent Trilogy.

She is the winner of the Goodreads Favorite Book of 2011 and the 2012 Goodreads winner for Best Young Adult Fantasy & Science Fiction.

Visit Veronica Roth’s blog, or connect with her on Tumblr or Twitter.