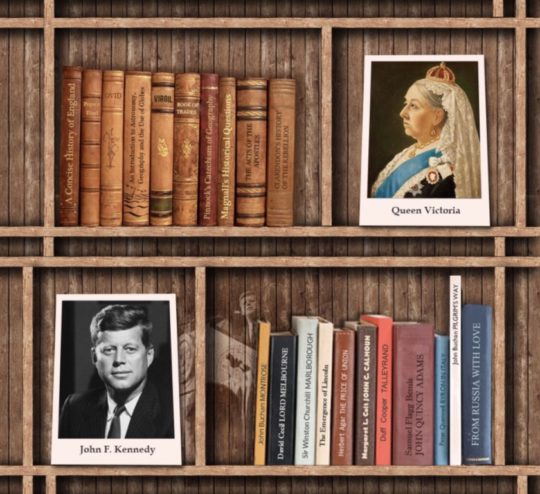 Nowadays, we live among scripts and algorithms that automatically analyze our book reading habits and suggest the next book to read.

Ralph Waldo Emerson once wrote: “If we encounter a man of rare intellect, we should ask him what books he reads.” Well, you don’t have to ask.

Mike Hanski from Bid4Papers designed a wonderful infographic with bookshelves of famous people.

Many famous writers, singers, politicians, and even movie characters prove the fact of reading’s great influence on people’s mind: if you take a look at their bookshelves, you’ll definitely be surprised.

Are you interested in favorite books of John Lennon, George R.R. Martin, Oprah Winfrey, Barack Obama, or Queen Victoria? Start exploring. Click or tap on the image to enlarge.

Make your day even more amazing with these stunning cases for 10.2-inch iPad

For your inspiration: reading lists of famous people (infographic) https://ebookfriendly.com/reading-lists-famous-people-infographic/ via @ebookfriendly