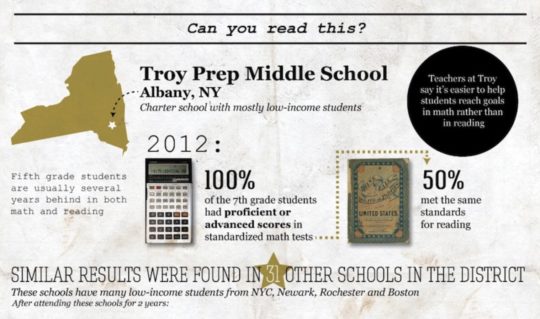 Did you have a problem with math when you were young? Well, according to editors at Top Education Degrees math is hard, but reading is much harder.

Teachers, administrators, and psychologists say one reason students struggle to improve reading comprehension is that deficits start at a very young age.

Reading is much more ambiguous. Students with a disadvantaged vocabulary find it more difficult to catch up.