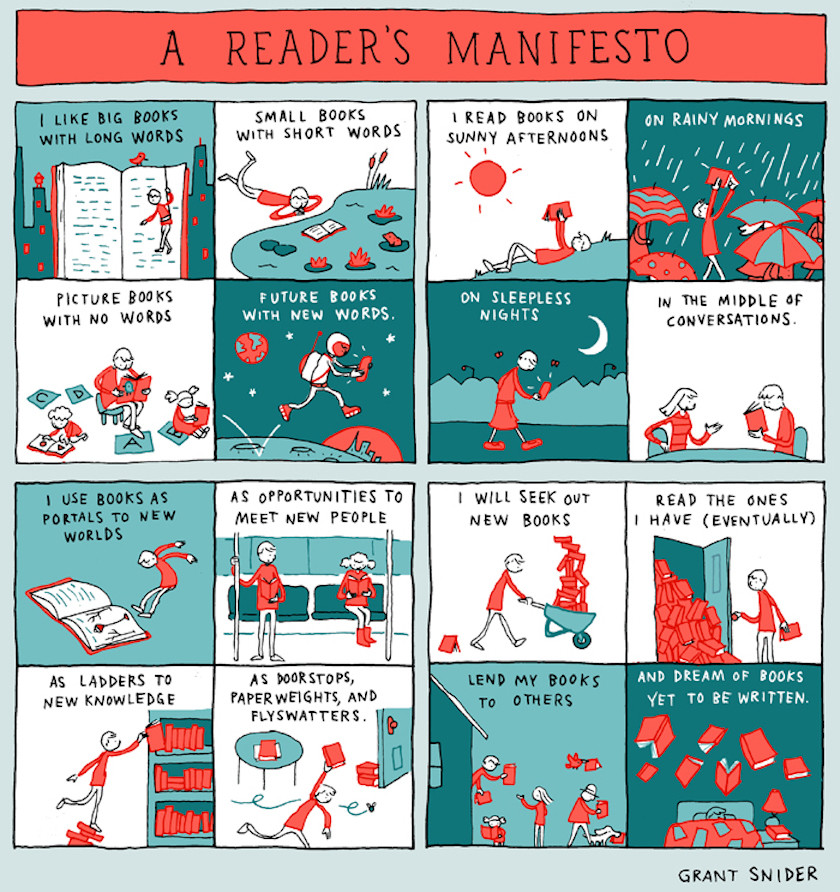 Grant Snider has drawn this fantastic cartoon for the Colombian newspaper El Espectador, but the message is universal.

The manifesto would make a perfect wall statement, and you can actually buy it as a poster in Incidental Comics Shop.

Which point of the manifesto appeals to you most?