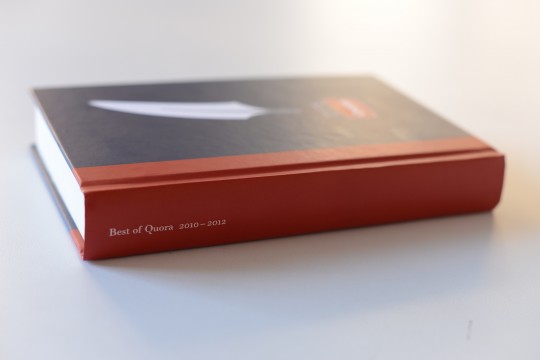 Quora is a the most popular question-and-answer website – created, edited and organized by the growing community of dedicated users. The service aggregates questions and answers into topics and users can collaborate by editing questions and suggesting edits to other users’ answers.

Recently, Quora rewarded its top writers with a Best of Quora 2010-2012 book. The book contains some of the best writing on Quora from 2010 through 2012. There are over 100 answers and 400 pages of the best answers in 18 different categories – from food to literature to politics to technology to work advice. Best of all, while print version is handed out to top Quora writers, the free pdf ebook can be downloaded by everyone.

Some of the questions answered in the book:

Quora offers a free ebook with over 100 expert answers to popular questions https://ebookfriendly.com/quora-offers-a-free-ebook-with-100-answers-to-popular-questions/ via @ebookfriendly