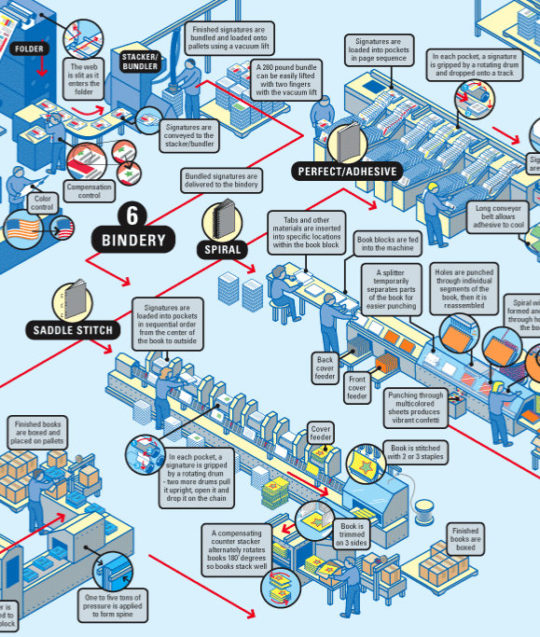 A close-up of the infographic “How books are made” / Image: Funnel Inc.

Information design company Funnel Inc. created this impressive visual back in 2005, for the printing company Webcrafters.

The goal of the infographic was to show the complexity of the book making process and let the potential customers understand the costs.

The visual you’ll see below guides through the production of the book from the very beginning to the very end. It meets the purpose perfectly. A short glance at the image and most people may realize why print books can’t be cheaper.

Twelve years make a huge difference. In 2005 not too many people were thinking about ebooks.

Now, this infographic provokes a different question: why ebooks cost the same as print books if their production is not that complex?

The infographic is horizontal. Click or tap on it to open the image file. Use your browser’s zoom to enlarge.