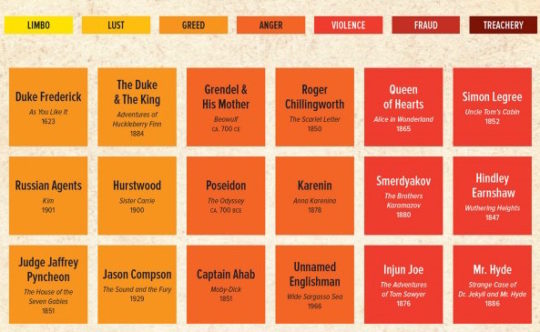 It’s a great addition to our list of literary periodic tables of elements.

Leah Clark has designed for the independent publishing house W.W. Norton & Company a list of all the nastiest villains from literature placed on a periodic table of elements.

Their villainous activity, whether self-serving or psychopathic, wreaking havoc or ultimately defeated, is often the most memorable part of our favorite books.

The bad guys are classified according to lust, greed, anger, violence, fraud, and treachery.

Click or tap the visual to see in enlarged. 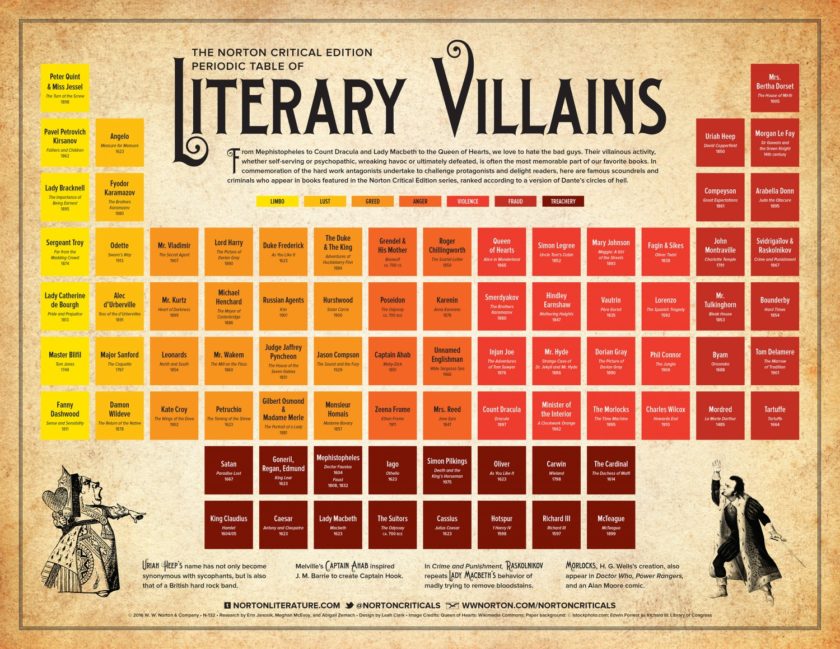