Penguin is in the process of refreshing iconic cover designs. First, the company has revealed the new cover art for Pocket Penguins. Now the readers can see how the Shakespeare books will look.

The video shows a stunning animation that shows a completely redesigned Pelican Shakespeare series, created to celebrate the 400th anniversary of the Bard’s death.

The new design, created by Manuja Waldia with support from a Penguin’s art director Paul Buckley, is astonishingly Shakespearean. 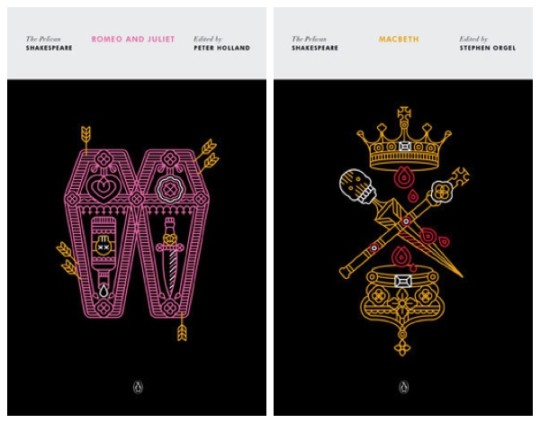 First four titles (Romeo and Juliet, Hamlet, Macbeth, and King Lear) will be released on March 29, 2016.

Each book includes an essay on the theatrical world of Shakespeare’s time, an introduction to the individual play, and a detailed note on the text used.

The video features the design of Shakespeare tragedies, but the series will also include comedies. A Midsummer Night’s Dream and Twelfth Night will be published on July 5, 2016. They will have the similarly striking and detailed design, but on the bright background. 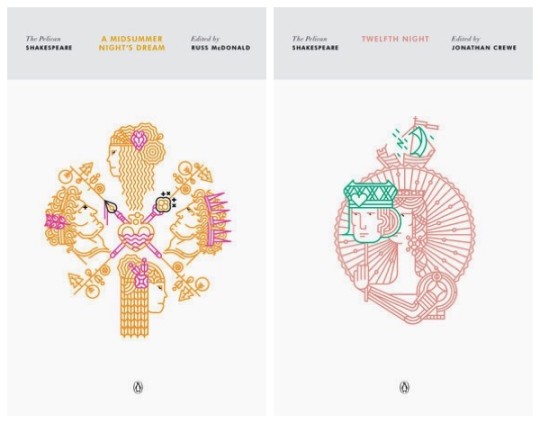 I don’t know how about you, but I love the music. It was composed by Mikel McCavana and Sam Raim.

New covers for Shakespeare books from Penguin are astonishing (video) https://ebookfriendly.com/new-covers-shakespeare-penguin-video/ via @ebookfriendly