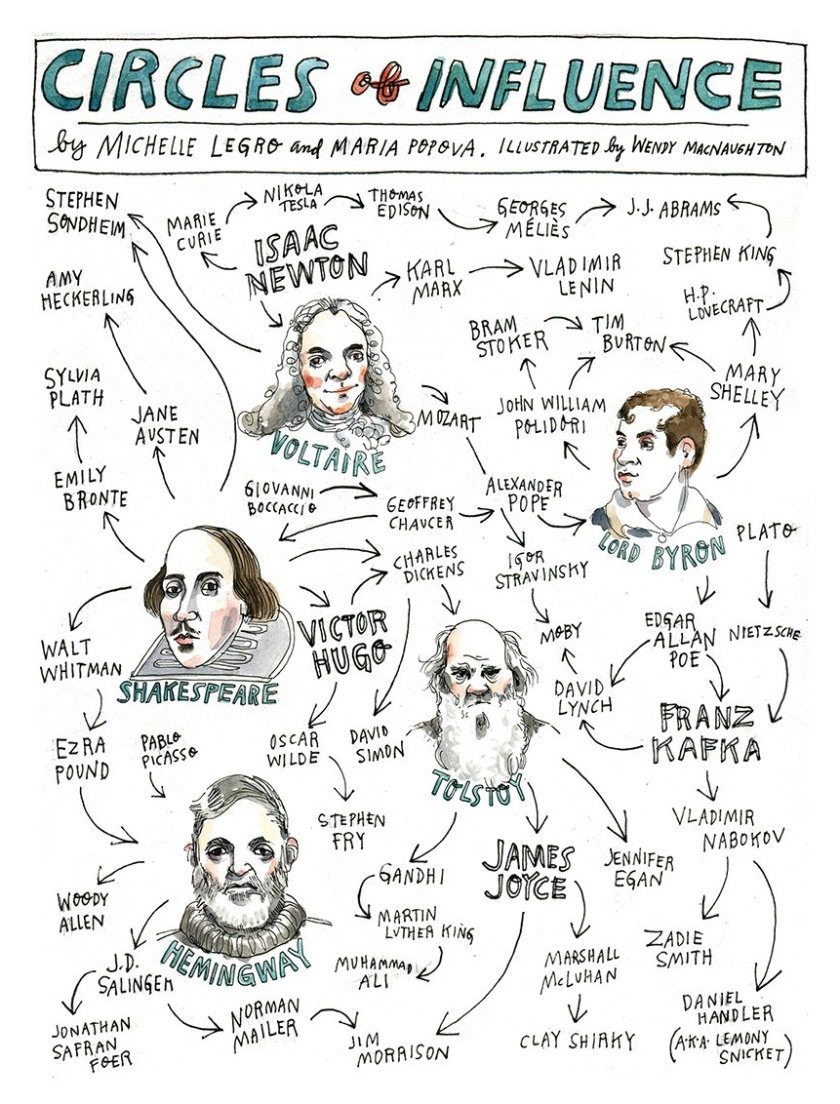 This amazing visualization of literary, scientific and artistic influences is designed “to illustrate the enormous creative indebtedness that permeates humanity’s proudest intellectual output, while also demonstrating the cross-pollination of disciplines across science, art, literature, film and music.”

Circles of Influence chart is still available as a poster on Etsy. If you are interested in learning more about the labyrinth of literature, make sure to read Harold Bloom’s The Anatomy of Influence: Literature as a Way of Life.