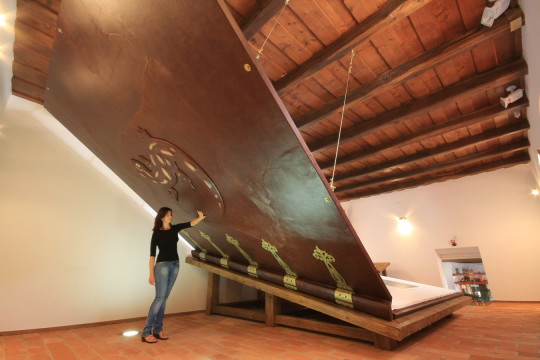 Created in Hungary, this is one of the largest books in the world. When opened, it is 7 meters wide.

The book was originated by Béla Varga and Gábor Varga, father and son specializing in paper technology. The younger Varga holds a PhD in Material Sciences and Technologies from the University of West Hungary.

On May 21, 2010, it was officially approved by Guinness World Records as the world’s largest book. However, it held the record for only two years, when the 5-meter high book was revealed in Dubai.

It was a huge challenge to craft the book. Five hinges were cut out by a laser. The paper was imported from an Austrian paper mill. The printing was done on a large-scale printer used to make billboard ads.

Putting such a book on a bedside bookcase is rather impossible. Watch this amazing video above, showing how much creativity had to be involved to put the book inside a large building – the renovated watermill – the official house of Világ Legnagyobb Könyve.

The book can be visited in Szinpetri, a lovely village located at the Aggtelek National Park, 230 km from Budapest. Visiting hours between 10:00 and 17:00, from Tuesday till Sunday. 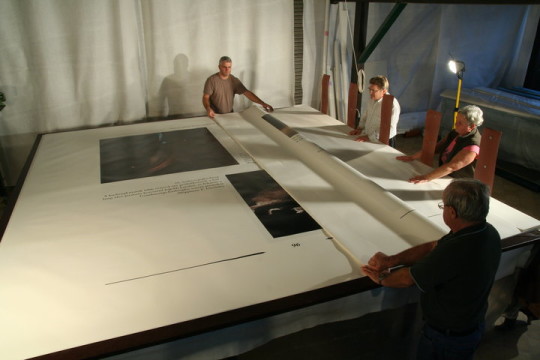 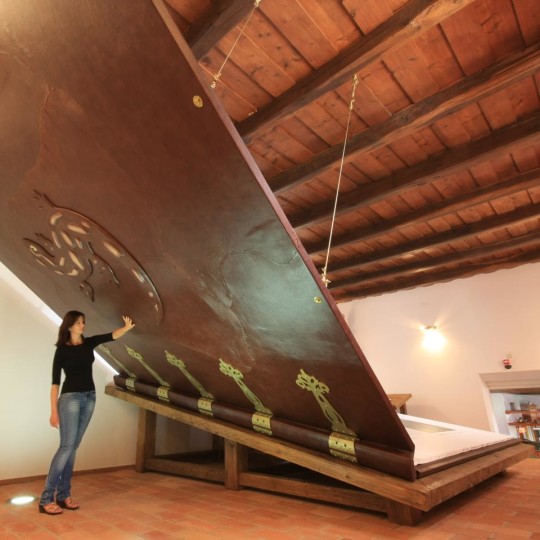 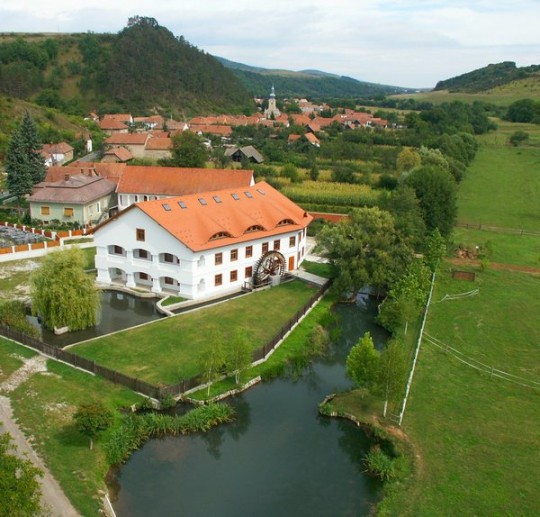 Take a look at this book which is 4 meters high and weights 1,420 kg https://ebookfriendly.com/largest-book-hungary/ via @ebookfriendly