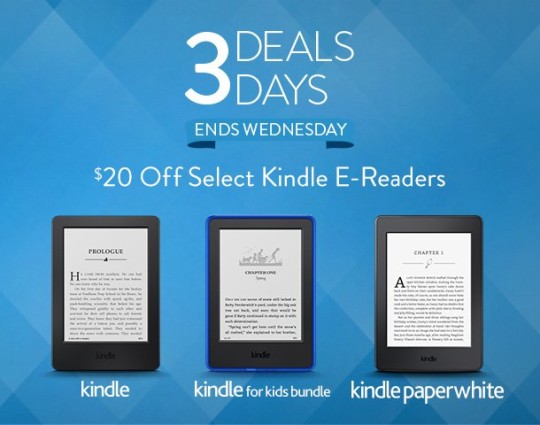 Only three weeks have passed since the last Kindle e-reader sale, and Amazon comes already with the new one.

If you compare savings and rules, the new promo is very similar to what we saw three weeks ago.

It’s a three-day deal, and three Kindle models are available at prices reduced by $20:

The deal will end on November 11, 2015, at midnight. It’s available for the US customers of the Amazon.com.

More posts about the Kindle:

Until November 11th, save $20 on select Kindle e-readers https://ebookfriendly.com/kindle-sale-november-2015/ via @ebookfriendly