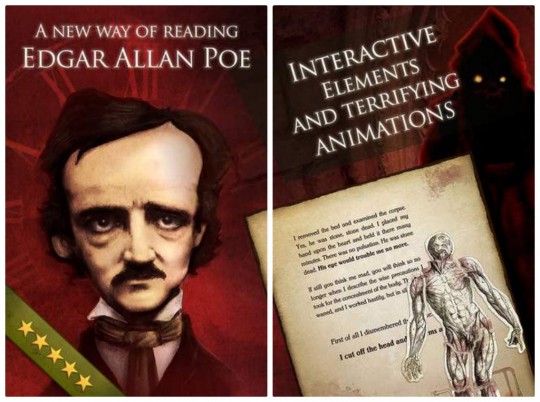 Play Creatividad, the developers of the wonderful iPoe app, from time to time offer a free download. The app has just went free in the iTunes. Its regular price is $3.99.

iPoe is a new, entertaining, and interactive way to read texts written by Edgar Allan Poe. It was developed in cooperation with PadGadget and AppAdvice. At Publishing Innovation Awards 2012 it won the Best Fiction App.

What you can expect from the app is “a new concept where music, illustration and interactivity combine to invite you to dive into the darkest corner of the human soul.”

If you’d want to re-read the best stories from the master of a mystery and macabre, it’s the best time to get them. 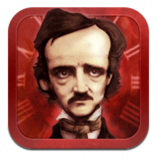 In the XIX century Edgar Allan Poe was ahead of his time and captured the terror and darkness of the human soul, in each of his stories, as no one had ever done. Rediscover his work with iPoe, the Interactive and Illustrated Collection of Edgar Allan Poe with which you will find the difference between an electronic book and a total interactive experience exploring all capabilities of the iPod, iPhone and iPad. Get shrouded in shadows and dive into the dark work of the master of horror through some of his best stories: