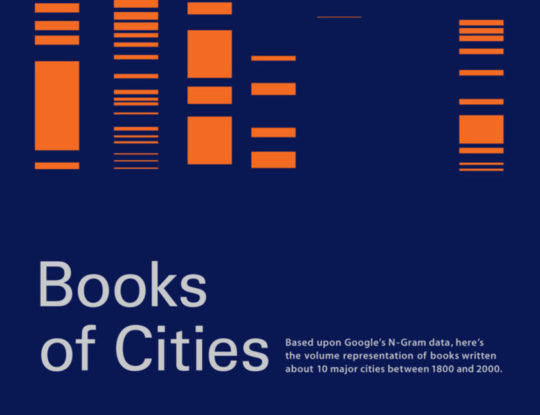 Take a look at this short, minimalist, but interesting visual designed by Edgard Barbosa, a graphic designer from Florida.

Books of Cities measures mentions of 10 major cities in books published between 1800 and 2000.

Although this infographic doesn’t measure quantity exactly, it gives an overall idea of the amount of literature produced in each era about the same city.

Not surprisingly, London and New York are most interesting locations for book authors, and it doesn’t really change over time.

We also see here cities that fade in, Rome and Madrid, with the latter one enjoying the attention till the 30s of the 20th century. Beijing and Mumbai entered English-language literature as late as in the last 50 years. 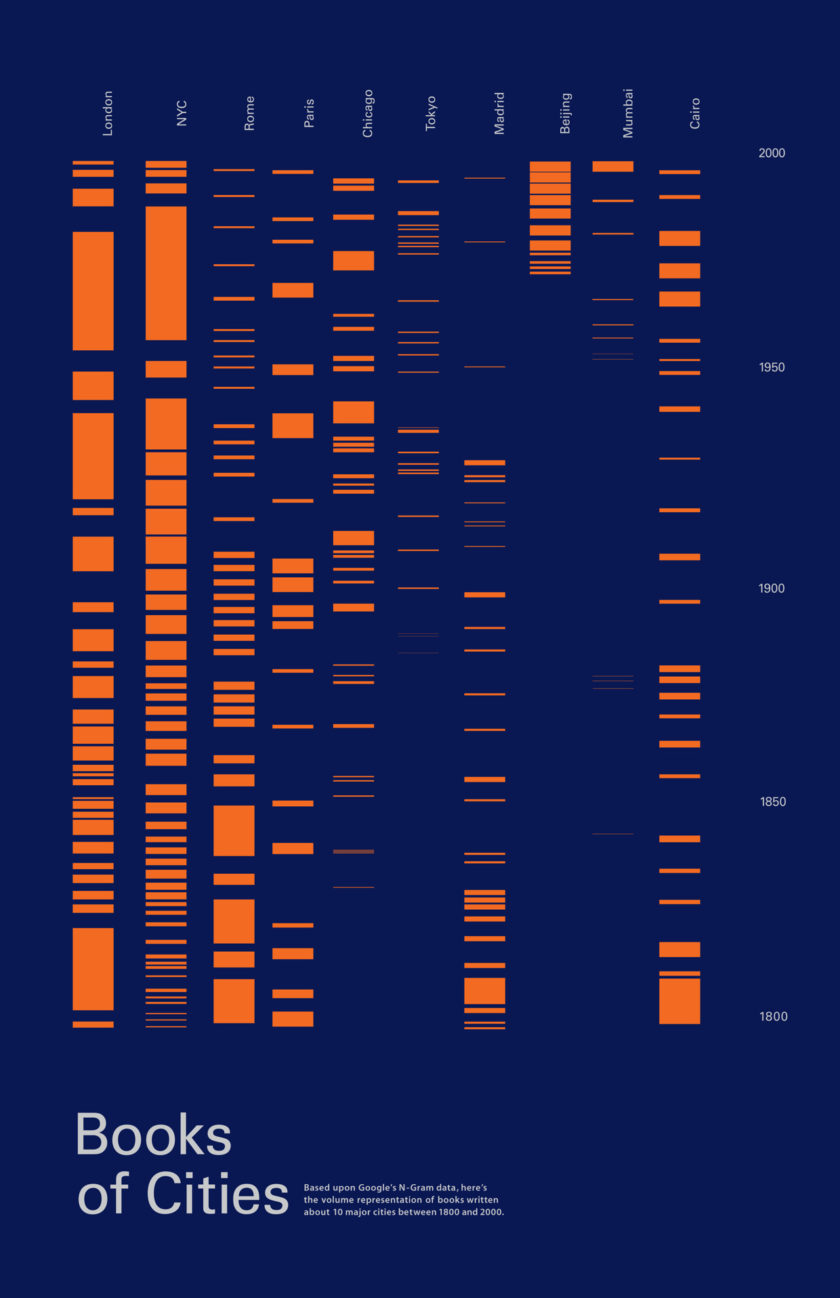 Interested in exploring more infographics about books and literature. We’ve got a huge archive, and below are the recent ones: