Two years ago Forrester Research CEO George Colony predicted that ebooks will extinguish the Kindle. There were signs of the trend in 2011 already – Stan Pugsley and Stephanie Spencer from iCrossing’s Content Lab prepared a handy chart comparing tablets to dedicated e-reading devices. It clearly showed that tablets, with their versatile functionalities, would grow much faster than e-readers.

Now, the title of the chart makes more sense than ever. Recently we reported that for the first time in the history of BISG’s Consumer Attitudes Toward E-Book Reading study, being held continuously since late 2009, tablets have become consumers’ preferred e-reading devices, overtaking dedicated e-readers.

Are you going to buy an e-reader or a tablet? Before making a decision have a look at this simple questionnaire that will let you define your own preferences. 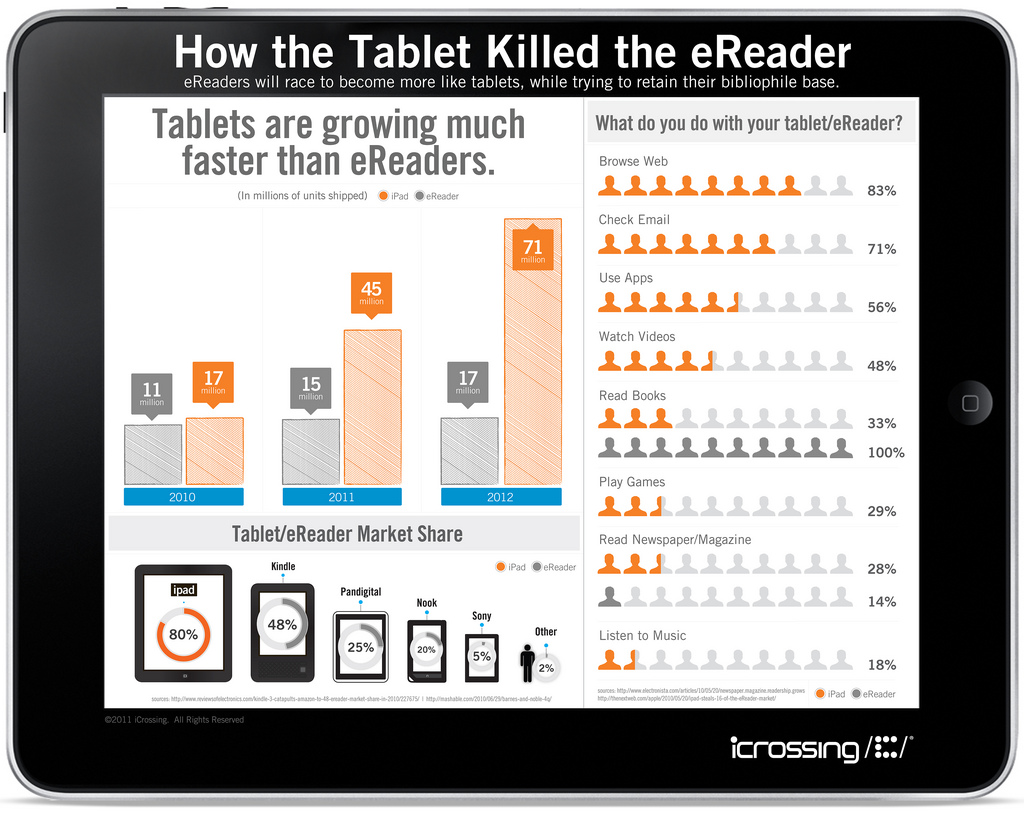 How the tablet killed the e-reader (infographic) https://ebookfriendly.com/how-the-tablet-killed-the-e-reader-infographic/ via @ebookfriendly