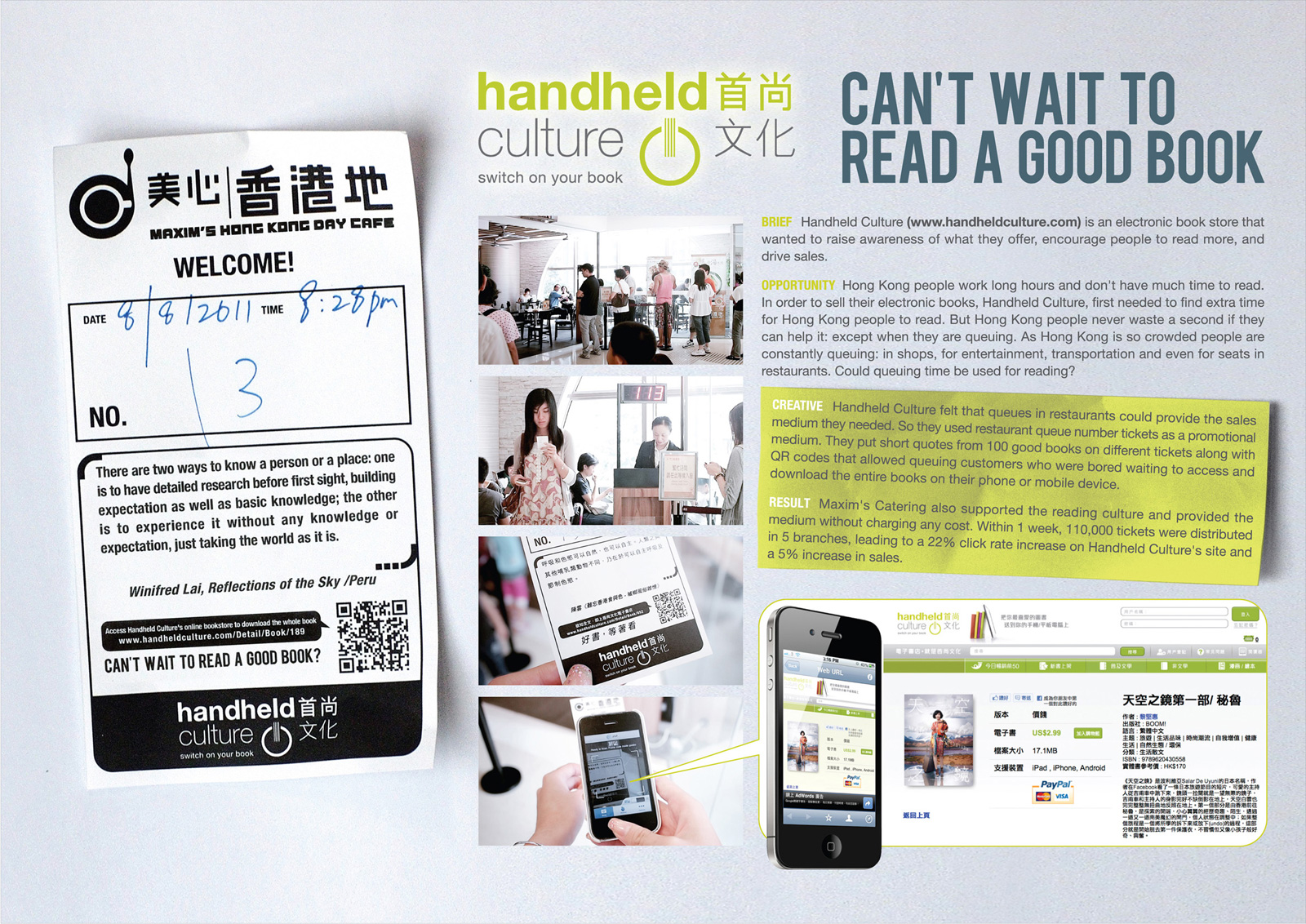 We’re sharing regularly on Ebook Friendly the most creative ad concepts that focus on digital reading. The promo for Handheld Culture is one of the best developed so far.

Handheld Culture is an ebookstore from Hong Kong. Last year they wanted to draw attention to their offer by using an ambient media promotion instead of a regular ad campaign.

The Hong Kong branch of Grey Worldwide ad agency came up with the idea themed “Can’t wait to read a good book.” Like in any other huge city, people spend here a lot of time waiting: while commuting, in shops, and even in queues for seats in restaurants. And it’s restaurants that were picked to run the campaign.

Restaurant tickets were used as a promotional medium. Short excerpts from over 100 books were printed on the tickets together with QR codes to download entire books to the smartphone from Handheld Culture website.

As the agency reported on Ads of the World, in just one week over 100,000 queue tickets were distributed, resulting in a 22% click rate increase on Handheld Culture’s website and a 5% increase in sales.

The campaign started in February 2012, and was created by Kym Ma, Kristie Chen, and Jeff Tsang.