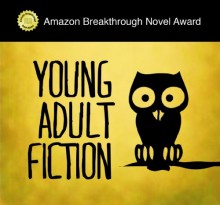 Amazon Breakthrough Novel Award is a contest organized since 2007 by Amazon, to publish and promote a manuscript by an unknown or previously unpublished author.

In the final round of ABNA 2013 the top excerpts were posted on the official page and customers were voting for their favorite book in each of five categories: young adult, general fiction, mystery, romance, science-fiction.

The results were announced during a ceremony at the Olympic Sculpture Park in Seattle. Readers have chosen Rysa Walker as the Grand Prize winner for her young adult novel Timebound.

The book will be released on October 22, 2013, but you can read for free the first 15 pages right now. Simply head to the excerpt of Timebound on Amazon and download it to your Kindle application, device, or open in Kindle Cloud Reader.

This year’s Grand Prize winner was inspired by author’s love of history and science fiction. The main character, 17-year-old Kate, “learns that she’s inherited a genetic license to time travel when her grandmother shares a strange blue medallion, an even stranger tale about future historians, and the unshakeable conviction that the fate of half the planet lies in Kate’s hands.”

Rysa Walker grew up on a cattle ranch in the South. Her options for entertainment were talking to cows and reading books. When not writing, she teaches history and government in North Carolina. You can visit her author site, The Chronos Files, and follow her on Twitter.

You can also download the excerpts from the remaining four category finalists: