The new infographic published by the social network for book lovers Libboo, and designed by Nicki Haylon, gathers a very interesting data on the growth of ebooks in the recent years.

Figures from Bowker Market Research report and Nielsen’s Global Trust report show trends in the ebook industry from 2009 to 2012 –  from sales to social media to buyer statistics. Ebooks grew from 2% of the book sales market in 2009 to 23% in 2012. In 2012, in United States, they were a $8.8 billion industry. 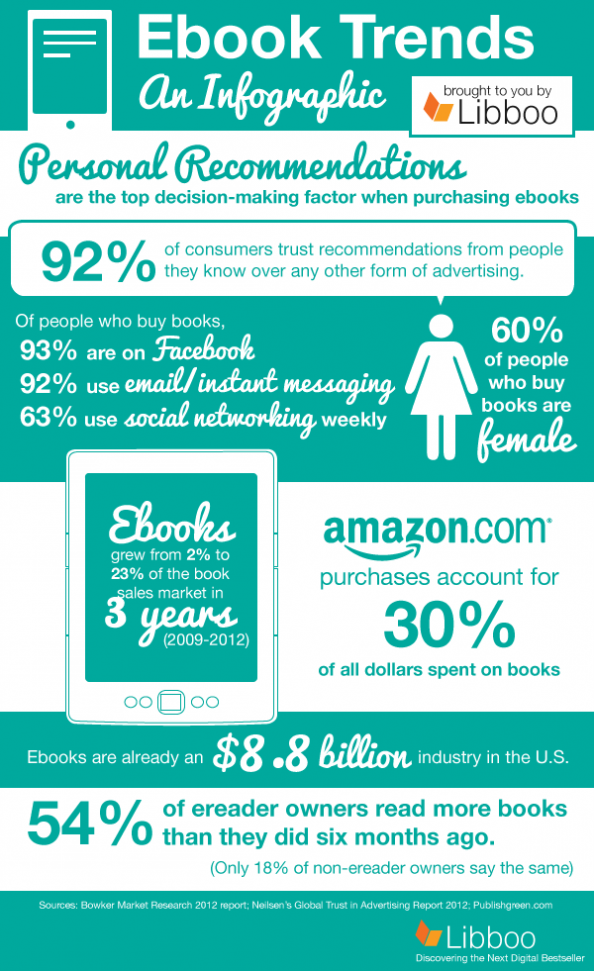 Ebooks grew from 2% to 23% of the book sales market (infographic) https://ebookfriendly.com/ebook-trends-2009-2012/ via @ebookfriendly