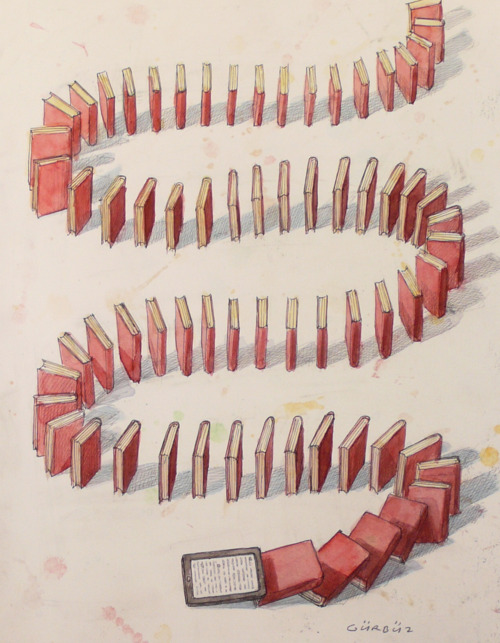 I’ve just come across this beautiful illustration by Gurbuz Dogan. It’s very thought-provoking as it’s not so obvious to interpret. Is it really the ebook to start a change in the book landscape? Without print book there would be no Kindles. Ebooks are the part of the domino, but not the first part. They would much better fit into the part of the domino, that splits the wave.

The other question is whether collapsing is perceived as a good change. I see print book defenders who would love to use this illustration to prove their point of view: ebooks kill publishing.

For me ebooks are not a threat to print books and to books as such. They are a natural stage in the evolution of the written word. What’s your opinion?