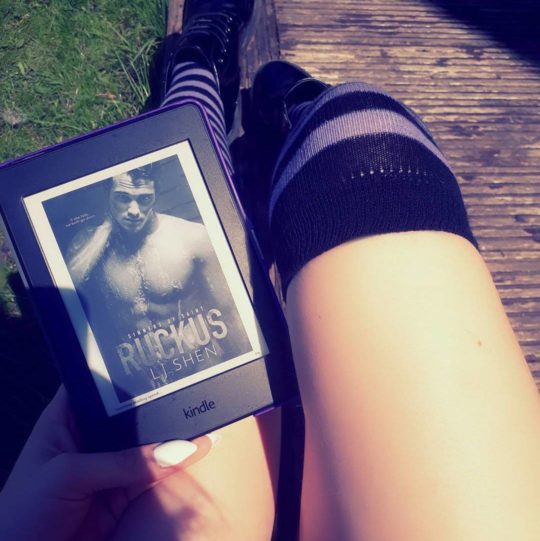 I am so excited I don’t know what to do with myself!! After waiting patiently for ages, Ruckus finally went live yesterday!! ???? now I know I have a few books sent by authors to review, but when @authorljshen releases a book I drop everything in the world!! I am so stinking excited to read this book and as luck has it, the ?is out!! Yay! ???