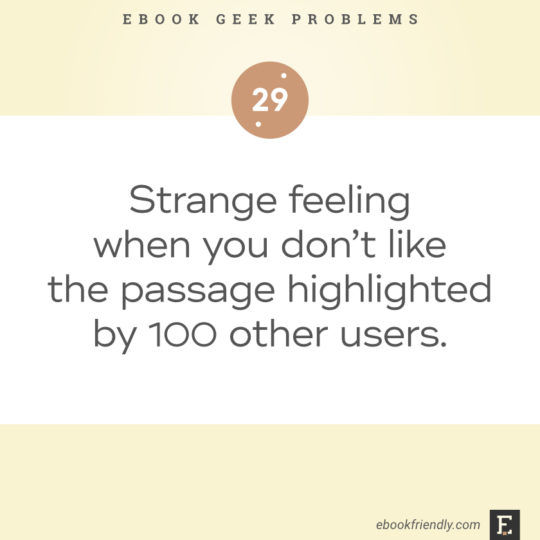 Share your experience in digital reading. Become one of co-creators of Ebook geek problems series.

As e-reading involves technology, the number of potential problems is quite big. Technology makes simple things unpredictable, and takes the attention away from the sheer pleasure of reading.

This is what we’d like to document in Ebook geek problems.

You’ll find here anything related to reading in times dominated by the technology, internet, and social networks. Not only the lack of old book smell, not only the fear of scratching the display, and not only the battery dying exactly at the moment you read last pages of the novel.

Don’t think too much. First thing that comes to your mind? Write it down in the simple form below.

There are no specific guidelines, really. Just send us an email to: info at ebookfriendly dot com, and that’s it.

We can’t guarantee your suggestion will be visualized, but if yes, it’ll get spread across all the platforms we use to reach the growing community of ebook lovers.

Check out the entire archive of Ebook geek problems. Below there are a couple of recent entries.