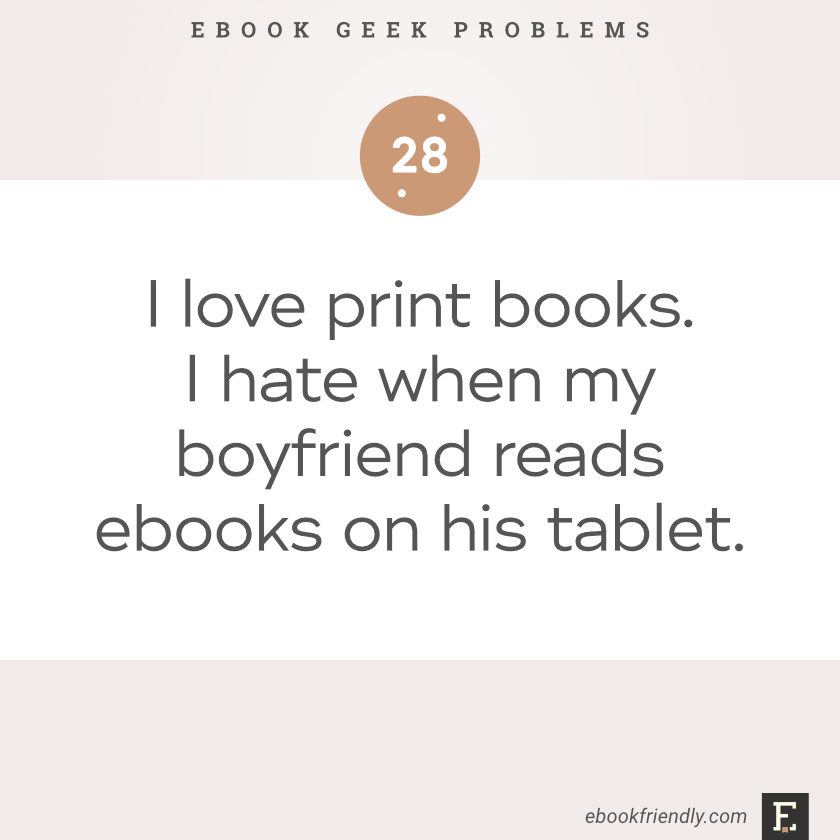 I love print books. I hate when my boyfriend reads ebooks on his tablet.